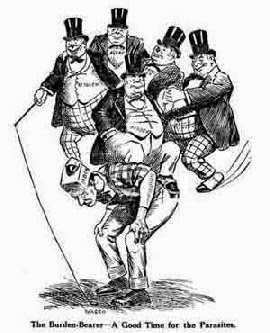 Poverty is dismal, dehumanising and destructive. Almost one billion more people face a life of extreme poverty. An international coalition of more than 1,000 organisations warned that global poverty could rise for the first time rise in a generation. Research for the campaign by the University of Denver shows that  if the UN summits discuss a new agenda to replace the millennium development goals set in 2000, which expire this year get it wrong, the number of people living in extreme poverty could increase to 1.2bn by 2030 — the first rise since 1993, and 886m higher than if strong action is taken. Under this scenario, one in three of the world's population would live on under £1.32 a day.

Winnie Byanyima, executive director of Oxfam International,said: “The scale of global inequality is quite simply staggering, and despite the issues shooting up the global agenda, the gap between the richest and the rest is widening fast. The poor are hurt twice by rising inequality – they get a smaller share of the economic pie and because extreme inequality hurts growth, there is less pie to be shared around.”

The richest 1 per cent include US investor Warren Buffett, former New York mayor Michael Bloomberg and Indian businessman Dilip Shanghvi. Those in the “1 per cent” command an average wealth of $2.7m (£1.8m) per adult. Oxfam research shows that 20 per cent of billionaires have interests in the financial and insurance sectors, a group which saw their cash wealth increase by 11 per cent in the 12 months to March 2014.
Posted by ajohnstone at 1:58 am