Apple of the capitalist's eye 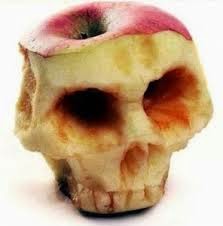 Apple, the US technology giant recorded a surplus of $18bn (£11.8bn) in the last three months, topping the $15.9bn made by the oil major ExxonMobil in the second quarter of 2012.
Apple’s sales totalled $74.6bn; now the world’s most valuable, company.
Apple is sitting on $178bn in cash – enough to run the NHS in the UK.


Apple's total revenue for the first quarter was $74.6bn. If this trend continues for the next three quarters, that would bring total revenue to at least $298.4bn, which is a larger figure than the GDP of Hong Kong.
Posted by ajohnstone at 1:48 am

Email ThisBlogThis!Share to TwitterShare to FacebookShare to Pinterest
Labels: apple