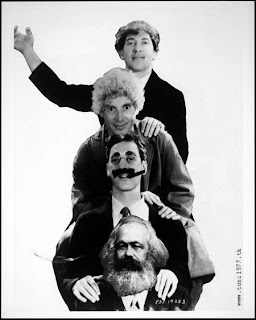 
If you had to pick the perfect April Fool, who would it be? The world’s workers, who slave for a pittance while rich bankers trouser millions? Economics experts who can’t predict a disaster but confidently predict the sunny future of capitalism? Rebels who fantasise about improbably utopian alternatives to the money system? Conspiracy theorists who think everyone but them is ‘in on it’? Religious freaks who think that some god is going to save them? Or celebrities who think their box-office takings make them into fountains of wisdom?

How can humans be so clever and so dumb all at once? And what makes socialists think they’re any smarter? Are we fools as well?

If you had to pick an April Fool, who wouldn’t it be?
Free entry
Audience participation
Free refreshments