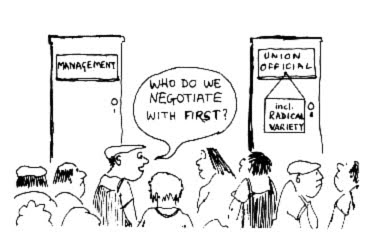 Every five years the members of my union, UNISON, according to the rulebook, and existing trade union legislation, have to elect its general secretary. The ballot closed on 11 June. The former general secretary, Dave Prentis, was re-elected. He was opposed by two other candidates, Roger Bannister and Paul Holmes.

Prentis promised to “lead a strong united union”, a union “that will fight for you”. He will “ensure that you are treated with dignity and respect at work and in retirement”. He promised to “manage the union well”. And, he says, that he will be a strong influential leader, who will “take on employers acting unfairly”. Indeed, Dave as he likes to be called, is prepared to do almost anything for me!

I did not vote for him.

Roger Bannister said he was in favour of “a fighting General Secretary”; and that was what he intended to be. It was, he said, time for a change. Bannister was for putting “Public service workers before bankers!” Furthermore, exclaimed Bannister: “Stop wasting money on the Labour Party!” That sounded promising. (UNISON is affiliated to the Labour Party, although many members, including your writer, are contracted out). However, he demanded that “our political fund should only be given to people who stood up for us”. He felt that “Bad employers should not be allowed to put UNISON members at risk!”

End low pay; fight the BNP and all other neo-Nazi organisations; elect a general secretary on a worker’s wage, and elect “a fighting leadership” – these were Roger Bannister’s demands.

I did not vote for him.

Paul Holmes was also in favour of “a fighting General Secretary”, presumably himself, who would like Bannister be prepared to live on a “worker’s wage"; although, like Bannister, he did not say which or what worker (office cleaner, midwife or a chief planning officer?). Holmes claimed that “the job of a leader is to give leadership”.

He, too, was against bankers, fascists, bigots, career politicians and “unscrupulous employers”, who were in his view to blame for the present mess to which we are in. had he been elected, he would have been committed to a union “in which every member can participate and be proud to support”.

I did not vote for him either.

According to Prentis, in his election address, Roger Bannister and Paul Holmes “are backed by revolutionary political parties – the Socialist Workers Party and the Socialist Party (Militant)”. He says that they “are attempting to hijack UNISON and use your subscriptions for their political ends”.

He is, of course, right about the second sentence, but not the first. Neither the SWP nor Militant (which is not the Socialist Party!) are genuine revolutionary organisations. Both are reformist, mainly sloganising and elitist Leninist parties, and as such are as anti-socialist as the BNP.

I have been a member of a trade union most of my life, but I am more than aware of their limitations. The above statements and comments by Prentis, Bannister and Holmes amply demonstrate this. Nevertheless, the final paragraph in Karl Marx’s Value, Price and Profit (edited by his daughter, Eleanor, who was herself an active trade unionist), notes that trade unions work will as centres of resistance against the encroachments of capital. But “they fail generally from limiting themselves to a guerrilla war against the effects of the existing system, instead of simultaneously trying to change it, instead of using their organised forces as a lever for the final emancipation of the working class, that is to say, the ultimate abolition of the wages system”.

On my ballot paper, under the names of Prentis, Bannister and Holmes, I wrote: “None of the above: one leader, and two would-be leaders.”
PETER E. NEWELL
Posted by ajohnstone at 2:28 pm