The War is over for Harry the Ferocious 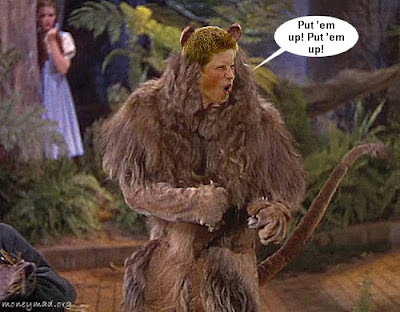 The decision not to send Prince Harry to Iraq is debated in most of today’s papers. In a nutshell, going with his regiment to Iraq has been considered unsafe for Harry – who recently confided in friends “I’m shitting myself. Head of the Army, General Sir Richard Dannatt, referring to the decision to keep Harry from joining his regiment on active service, argued that the risk to Harry was “unacceptable".

The decision of the army top brass is incredulous. As if Iraq is any safer for the working class cannon fodder currently defending the interests of oil in the region! Indeed almost 4,000 allied troops have been killed since the invasion, which itself pales into significance when it is estimated that some 700,000 Iraqis have been slaughtered. As if there is an acceptable level of threat to life.

Maybe like General Smedley D Butler of the US Marine Corps, we will have to wait until General Dannatt retires from the army before he can see the insanity of war and just whose battles he is tasked with fighting overseas. General Butler once famously said:

“Like all the members of the military profession, I never had a thought of my own until I left the service. My mental faculties remained in suspended animation while I obeyed the orders of higher-ups. This is typical with everyone in the military service.

“I helped make Mexico, especially Tampico, safe for American oil interests in 1914. I helped make Haiti and Cuba a decent place for the National City Bank boys to collect revenues in. I helped in the raping of half a dozen Central American republics for the benefits of Wall Street. The record of racketeering is long. I helped purify Nicaragua for the international banking house of Brown Brothers in 1909-1912 (where have I heard that name before?). I brought light to the Dominican Republic for American sugar interests in 1916. In China I helped to see to it that Standard Oil went its way unmolested.

“During those years, I had, as the boys in the back room would say, a swell racket. Looking back on it, I feel that I could have given Al Capone a few hints. The best he could do was to operate his racket in three districts. I operated on three continents.”

It remains a shame that it takes a soldier decades of military service to arrive at such a conclusion, and only then when he retires. Such remarks made by any serving high ranking army personal would be tantamount to treason and no doubt result in a court martial. Where there are profits to be had truth is the equivalent of sedition.