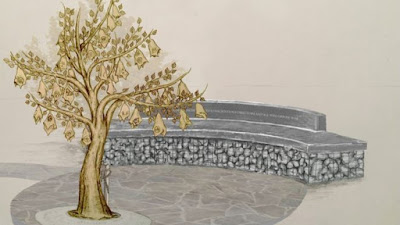 Organisers hope that the "Opposing War Memorial" will create a space for reflection on the role of individual conscience and the possibility of peace-building. The plan is to have it in place by April 2019, the centenary of the end of WW1 for conscientious objectors who were imprisoned until April 1919.

Brian Larkin, coordinator of the Edinburgh Peace & Justice Centre, said: "Those who refused to fight and who opposed the First World War should be remembered. "Their principled resistance is an important part of our history that suggests the possibility of alternatives to war through peace-building and conflict resolution."

The Socialist Party has the honourable position of not only opposing the First World War from its onset, but something that even those socialist parties with a reputation as being anti-war didn't possess, it was an unchallenged opposition within our organisation.

The Socialist Party also opposed every other war, even those that were supposed to be morally justified but that is something the Socialist Party has never accepted. The socialist case against war is unique but logical, arising from an analysis of capitalism and our opposition to it. Capitalism, based on class ownership of the means of wealth production and distribution, generates a relentless search by the various capitalist powers for markets and sources of raw materials. These are essential ingredients in the ever-growing chase for profits — the life-blood of the system. The capitalist class tries to solve this antagonism between powers by diplomatic measures, or the turning of the screw by the more powerful on the weaker. But if this fails then war can be the outcome, and even in this age of nuclear annihilation the threat of war still dominates the foreign policies of in particular the major powers. So the socialist opposition to war is not a pacifist or a moral one but an inescapable conclusion of our general case. The total abolition of war and the threat of war will only be realised with the overthrow of capitalism and the restructuring of society on the basis of common ownership and production solely to meet human needs.

The treatment of conscientious objectors was undeniably harsh, and universally so. In the UK alone they numbered over 16,000, though most were not absolutist and elected to do some form of voluntary service such as ambulance driving or agricultural work. 6,000 were given prison sentences and generally endured brutal treatment, abuse and extremely poor conditions. A number were sent by the army board to France, where they were classified as being on active service. Under French military regulations 36 were sentenced to death, later reduced by Earl Haig to 10 years’ penal servitude, but some were released as early as 1919. No conscientious objector was ever executed in Britain but 41 died in custody as a result of inhuman treatment. 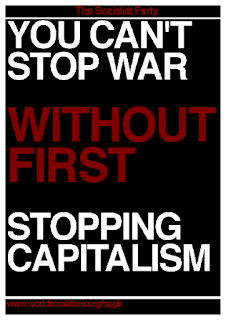 The reasons for conscientious objection were various; some objectors were pacifists, often but by no means always through religious conviction. Some were politically motivated and some by a combination of these and other factors or who remained unconvinced about the validity of this one particular war. Every conscientious objector was obliged to appear before a tribunal to face cross-examination. This procedure was rarely sympathetic and the questions were designed to trap the petitioner into giving an uncertain answer. A favoured technique was to demand a rational answer to a hypothetical question about an irrational situation. One such question that was very often triumphantly invoked asked ‘Would you save your mother if a German was going to kill her?’ Much of the unpleasantness sustained by objectors was fanned by the role played by women’s organisation like the Mother’s Union and the zealous, high profile support of the National War policy by Emmeline and Christabel Pankhurst. The Mother’s Union and some other women’s associations encourage their members to persuade anyone of call-up age to enlist without delay and were an integral part of the government recruitment drive. One of the cleverest, but most insidious posters produced by the state propaganda team declared: ‘Women of Britain say – GO!’ Such was the impression made by this and other similar slogans that it was not unusual for a mother to shun a non-serving son out of shame. Shortly after the start of the war, Admiral Charles Fitzgerald founded the Order of the White Feather, which Emmeline and Christabel Pankhurst enthusiastically embraced. The feathers were meant to be presented only to those positively identified as young men avoiding military service. But, so indiscriminate did their distribution become that the authorities were forced to requisition special badges bearing the legend ‘King and Country’ for civilians working in state industries or government departments. There were a thousand women conscientious objectors as well and since they included a high percentage of absolutists, half of them were sent to prison. Interestingly, most of the soldiers who fought in the trenches were better able to understand and respect the stand taken by the conscientious objectors than those civilians who behaved so vindictively towards them at home.
Although there were 16,000 individuals who, commendably, took a stand against WW1, it was the Socialist Party alone who did so unequivocally as a matter of political party policy. We argued that this conflict was not caused by the assassination of Archduke Ferdinand, or by German military imperialism, or by an arms race.
Posted by ajohnstone at 12:00 pm