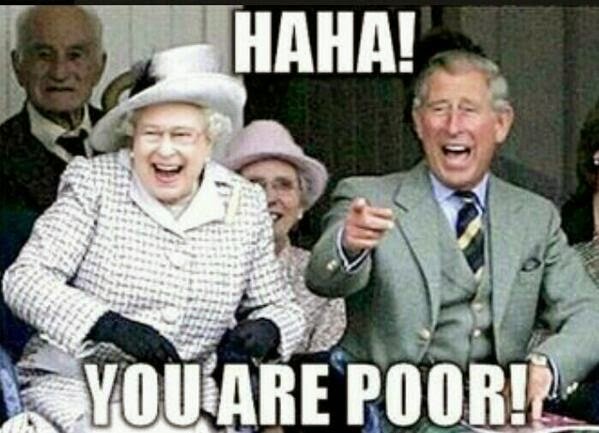 According to the NASUWT teaching union children are turning up to school sick because their parents cannot afford to take time off to care for them, teachers say. School staff are also still seeing youngsters arriving for lessons hungry, tired and wearing inappropriate clothes due to a continuing squeeze on family finances. In some cases, teachers reported being aware of pupils living in “Victorian conditions”, of youngsters coming to school with no socks or coat and of more families depending on food banks.

It warned that the lives of many children are young people are being “blighted and degraded by poverty and homelessness”. Seven in 10 (69%) of teachers said they had seen pupils coming to school hungry, while eight in 10 (80%) had witnessed youngsters turning up in clothes that were inappropriate for the weather and similar proportions reported children arriving in unwashed or damaged and frayed clothing. 78% said they have seen pupils without appropriate footwear and 55% had seen youngsters who were unable to afford uniform.

One teacher pointed out “Pupils who come into school unwell. Often their parents cannot afford to take a day off work, and therefore send their children to school when they ought to be at home.” Another reported: “Pupils who need medical attention, but parents are not taking them/unable to take them to the GP, optician and/or dentist.”

The findings give an indication of the impact of difficult financial circumstances on children, with around a third (32%) of those polled saying they had seen pupils who arrived or left school halfway through a term because they were forced to leave their homes, the same proportion reported teaching children who were living in temporary accommodation and just over a fifth (22%) said they knew of youngsters who had lost their homes due to money pressures.

Almost one in five (19%) said they had lent or given pupils money, 24% had given food and 62% had lent out or given youngsters equipment. Others said they had seen colleagues, or their school, offer these items.

The NASUWT general secretary, Chris Keates, said: “Poverty and homelessness take a physical and emotional toll on children. They often cannot concentrate when they are in school because they are tired and hungry, have no space to do homework and have to travel long distances to get to school from temporary accommodation. They are likely to suffer more ill health and absenteeism.”

Since 2010 we have seen policies that have been designed to help a privileged minority of our society.
Results are clear to see:-
1. 2 million people extra in poorly paid work -600 thousand extra on Zero hours and 1.4 million forced to become self employed on low earnings with no rights.
2. Rocketing rents in the private sector. Only the very poor get help with their rent. This has fuelled housing prices
3. An increase in VAT that has hit the poorest far harder than the rich.
4. No controls on lending so the poorest have seen interest rates at 2000-4000+%
5. Interest on Credit Card spending at 15% to 39%+ when on an ISA you are lucky to get 1,5%
And much more. It is a shameful indictment of austerity politics.


Of course some of our society are struggling and they need to vote for a real change – a socialist change.
Posted by ajohnstone at 11:42 pm