Who are the Litter Louts? 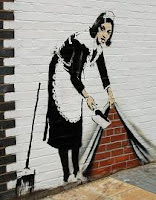 Official statistics from the Home Office’s Office of National Statistics show that there is a high level of concern about the problem of litter. Indeed, of all crime and anti-social behaviour litter has the second highest source of concern (33 percent of those surveyed felt “a high level of worry”). Vandalism comes top of the list (34 percent), both much higher than racial harassment (8 percent) and fear of burglary (14 percent). Hardly a week goes by without a letter sent to local papers on the subject. Now common or garden street litter is hardly one of the world’s major problems, but most people are primarily concerned with things that affect them - it is simply a human response to something right before the eyes. People clearly want and indeed should expect a decent local environment. What can be done about this problem? We examine a few solutions . . .