Bad News for the Planet 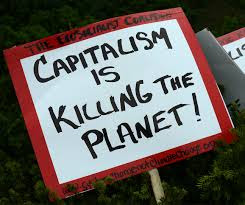 Major corporations involved with commodities like beef, palm oil, and soya pledged in 2010 to end deforestation over the next decade—but instead of fulfilling that promise, a new Greenpeace International analysis found the companies are set to destroy at least 50 million hectares of forest worldwide by 2020, comparable to the size of Spain. It is also "a conservative estimate," the group said, "the actual figure could be much higher."

Greenpeace asked more than 50 traders, retailers, producers, and consumer goods companies to "demonstrate their progress towards ending deforestation," the report says. "Not a single company was able to demonstrate meaningful effort to eradicate deforestation from its supply chain."

Greenpeace U.K.'s Anna Jones explained, "these companies are destroying our children's future by driving us towards climate and ecological collapse. They've wasted a decade on half-measures and in that time vast areas of the natural world have been destroyed," said Jones, the group's global project lead for forests. "They should be in crisis talks right now, but they're still trying to grow demand for products that will drive forest destruction even further."  Jones said, "Our message to companies is simple: evolve your business to prevent climate and ecological breakdown."

"In the Congo Basin, we are witnessing widespread environmental and human rights violations in the name of development and the global commodities trade," said Victorine Che Thoener of Greenpeace Africa. "It's all a kleptocracy where governments and companies collude to loot our natural resources and ordinary people pay the price."

In Brazil, "the soya and cattle industries have been trashing the Cerrado—destroying the local environment, aggravating the climate crisis, and displacing and committing violence against Indigenous and traditional populations that have occupied the territory for hundreds of years," Romulo Batista of the group's local chapter said. "Global brands must bring their suppliers under control."

Halting deforestation and restoring the world's forests is the cheapest and fastest way to reduce greenhouse gas emissions and ensure rapid carbon uptake. In conjunction with phasing out fossil fuels, such action is essential if we are to limit global temperature rises to 1.5ºC. Some 80 percent of global deforestation is a result of agricultural production, concentrated in tropical countries whose forests store enormous amounts of carbon and are most urgent to protect. The destruction of forests and other natural ecosystems by industrial agriculture is also wiping out the Earth's biodiversity: around 1 million species are now at risk of extinction. Preventing climate and ecological breakdown requires 'transformative changes' to the way forest and agricultural commodities are produced, traded, and consumed, producing and consuming less meat and dairy, and phasing out crop-based biofuels and bioplastics. Such changes would also deliver major gains for human health and the health of our planet. Companies face a stark choice: clean up the industrial food system or clear out of the global commodities trade.


U.S. scientists on Monday warned that because of runoff from  activities, such as urbanization and agriculture, this summer's "dead zone" in the Gulf of Mexico is forecast to be one of the worst on record.


The National Oceanic and Atmospheric Administration (NOAA) estimated the dead zone will span 7,829 square miles while Nancy Rabalais, a marine ecologist at Louisiana State University, predicted it will cover 8,717 square miles.
"These numbers are far above the five-year average of about 6,000 square miles," the Washington Post reported. The largest gulf dead zone ever recorded—8,776 square miles—occurred in 2017.
The Gulf dead zone is primarily the result of nutrient pollution. The Mississippi River system carries nitrogen and phosphorus from cities and farms to the gulf, where the nutrients fuel an overgrowth of algae. The algae die, sink, decompose, and deplete the water of oxygen, which many marine creatures require for survival.
"When the oxygen is below two parts per million, any shrimp, crabs, and fish that can swim away, will swim away," Rabalais told National Geographic. "The animals in the sediment [that can't swim away] can be close to annihilated.

At least 571 plant species have gone extinct in the wild over the past 250 years, according to a new study that has biodiversity experts worried about what the findings suggest for the future of life on Earth.

"Plants underpin all life on Earth, they provide the oxygen we breathe and the food we eat, as well as making up the backbone of the world's ecosystems—so plant extinction is bad news for all species," study co-authur Eimear Nic Lughadha of the Royal Botanic Gardens, Kew said in a statement.

These new surveys follows an "ominous" analysis published last month by the Intergovernmental Science-Policy Platform on Biodiversity and Ecosystem Services which found, "that human exploitation of the natural world has pushed a million plant and animal species to the brink of extinction—with potentially devastating implications for the future of civilization."
Posted by ajohnstone at 12:30 am

If the fact that the methane gas trapped in the permafrost is released is ignored, then Siberia becomes a holiday destination for the future. So will Greenland.