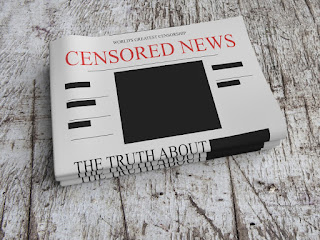 “It is difficult to get a man to understand something, when his salary depends on his not understanding it.” ― Upton Sinclair

Most reporters are hacks, undeserving of any praise. However there some, few in number, that we consider worthy to describe as genuine journalists. Robert Fisk, Patrick Cockburn, for example and the SOYMB blog would also include Jonathan Cook. He has produced a treasure trove of valued observation on the conflicts in the Middle East, exposing the cant and hypocrisy of the mainstream media.

Jonathan Cook's latest piece can be read in full on Dissident Voice where he explains how the details of how the Organisation for the Prohibition of Chemical Weapons (OPCW) provided the belated justification of the American missile attack on Syria in the wake of a supposed chemical attack by its military and relating this 2018 incident to more threats against Syria from the United States.

In March the OPCW produced a report into a chemical weapons attack the Syrian government allegedly carried out in Douma in April 2018. Several dozen civilians, many of them children, died as a result. The OPCW report joined the US and Europe in placing culpability on the Assad regime. An unprovoked attack on another sovereign country is a war-crime so the OPCW’s conclusion provided an albeit flimsy humanitarian pretext for volleys of cruise missiles.

Cook draws our attention to unreported sources within the OPCW itself which questioned the complicity of the Syrian government and added to the suspicion that the chemical attack was staged by Islamists in a false flag black-ops. The Working Group on Syria, Propaganda and Media – a group of academics who have grown increasingly sceptical of the western narratives told about Syria – published an internal, leaked OPCW document by Ian Henderson, a senior OPCW expert, of the engineering data gathered by the OPCW’s fact-finding mission that attended the scene of the Douma attack, and which has been confirmed as genuine. The assessment contradicts the conclusion of the final OPCW report that the two chemical cylinders were dropped from the air and crashed through building roofs. It argues instead that the cylinders were more likely placed at the locations they were found. This analysis by one of its own experts on the ground is entirely ignored, given no mention in the OPCW report not even as a passing caveat in a foot-note. It is as if this dissenting interpretation doesn't exist, erased from the official record, in a deception of lying by omission.

While the OPCW condemnation of the Assad government in the attack was widely circulated, this blog challenges you to find media references to these serious doubts on the reliability of the OPCW findings.

Jonathan Cook reminds us of the past failings of the lap-dog media in accepting government press-releases as the truth.

“A responsible media, a media interested in the facts, in evidence, in truth-telling, in holding the powerful to account, would be duty bound to frame this latest, unsubstantiated claim in the context of the new doubts raised about the OPCW report into last year’s chemical attack blamed on Assad...the corporate media had a professional and moral obligation to raise the matter of the leaked document.” Cook highlights the salient fact that the “...media are so committed to propagandising on behalf of the western powers that they have reported the denials of official wrongdoing even though they have never reported the actual wrongdoing...to reject accusations against the OPCW that the media themselves have never publicly raised.”

As an insightful political commentator, Cook concludes that “... the corporate media are not what they claim. They are not a watchdog on power, or a fourth estate. The media are actually the public relations wing of a handful of giant corporations – and states – that are pursuing two key goals in the Middle East. First, they want to control its oil...Second, with the Middle East awash with oil money, western corporations have a chance to sell more of the lucrative weapons that get used in overt and covert wars...”

Cook ends with the explanation “...The corporations that run our media and our governments have simply conflated in their own minds – and ours – the idea that their narrow corporate interests are synonymous with “western interests”. The false narratives they generate are there to serve a system of power...Everything else – truth, evidence, justice, human rights, love, compassion – must take a back seat. It is this same system that paradoxically is determined to preserve itself even if it means destroying the planet, ravaging our economies, and starting and maintaining endlessly destructive wars. It is a system that will drag us all into the abyss, unless we stop it.?

There is a ditty which we should always keep in mind.

"You cannot hope
to bribe or twist,
thank God! the
British journalist.
But seeing what
the man will do
unbribed, there’s
no occasion to."

We are very fortunate that Jonathan Cook is not such a career journalist. 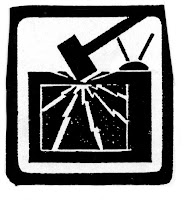 Posted by ajohnstone at 3:49 am