The immigration policies of the U.S. government are once again igniting opposition. There are about 2.5 million farmworkers in the U.S., about three quarters of whom were born outside the country. Half are undocumented and the rest are visa holders or people born in the U.S. Last year growers were certified to bring in 242,762 H-2A workers – a tenth of the total workforce and a number that in just four years has increased from 139,832. At the same time as H-2A employment is rising, deportations are increasing. The Trump administration deported 256,000 people in 2018, just slightly more than the number of people brought to the U.S. under H-2A visas. In theory, growers have to advertise for local workers first, and can only bring in guest workers if none are available.
According to Rosalinda Guillen, director of Community to Community, a farm worker organizing and advocacy group. “...we’ve seen a big increase in growers’ use of the H-2A guest worker program in the last few years, and it’s had a huge impact on working conditions in the fields. We’ve had to feed guest workers who come to us hungry, fight to get them paid their wages, and help them deal with extreme work requirements. At the same time, our local workers find they’re not being hired for jobs they’ve done for many seasons...The Trump administration is targeting our local community, deporting people who have been living here for years,” she charged. “Then growers complain there aren’t enough workers, and begin using the H-2A program to bring in guest workers. It is a vicious revolving door of exploitation.”
The H-2A program has its roots in the notorious “bracero” program, which brought workers from Mexico in extremely exploitative conditions starting in 1942. At its height in 1954 about 450,000 workers were brought in by growers, and in the same year over a million people were deported – the same “vicious revolving door” described by Guillen. Although the program was abolished in 1964, the H-2 visa on which it was based was never eliminated. In 1986 an organized farm labor importation program began again, and the H-2A visa was created. It has been growing ever since.
Pressure to work harder and faster is permitted by the U.S. Department of Labor, often written into the certifications that allow growers to import workers.Trump, despite his otherwise violent anti-immigrant rhetoric. At a Michigan rally in February, 2018, he told supporters, “For the farmers it’s going to get really good.We have to have strong borders, but we have to let your workers in…We’re gonna let them in because you need them.… We have to have them.”
On July 26 this year, the U.S. Department of Labor proposed rule changes for the H-2A program to make it cheaper and easier for growers to use. The new rule changes would make it easier for growers to recruit H-2A workers without offering the jobs to farmworkers already living locally, who are almost all immigrants themselves and mostly undocumented. The relaxed rules already allow multiple growers to cooperate in recruiting a group of H-2A workers, and to move them from job to job. That makes it easy for a contractor like to bring in a crew and move them from ranch to ranch, job to job, without ever offering those jobs to local farmworkers. The U.S. Department of Labor proposal would allow growers to self-inspect housing for H-2A workers. There are many legal cases documenting terrible housing. 10 percent of farmworkers who are Washington residents live outdoors in a car or in a tent, and 20 percent live in garages, shacks, or “in places not intended to serve as bedrooms.” Growers now have to pay the transportation costs of H-2A workers from their homes to the place where they’ll be working. In the future, they would only have to pay transportation from the border or the place where the workers get their visa, relieving growers of about $80 million in expenses per year, forcing the H-2A workers themselves to pay it.
According to Farmworker Justice, a farm worker advocacy group, “The Trump Administration seeks to guarantee agribusiness unlimited access to a captive workforce that is deprived of economic bargaining power and the right to vote. The Administration would transform the farm labor force of roughly 2.4 million people into a workforce of 21st-century indentured servants.”
The United Farm Workers condemned the proposed changes as well. “If Trump’s H-2A rules-changing scheme happens,” a union statement predicted, “there would be a huge negative impact on those currently working in agriculture. This scheme would deprive U.S. citizens and lawful permanent residents of job opportunities by weakening the laws that require U.S. citizens and legal residents to be offered these jobs first…This drastic move could replace local U.S. workers with foreign H-2A workers.”
Growers complained they faced a labor shortage and needed greater freedom to use H-2A workers. Familias Unidas por la Justicia’s president Ramon Torres responded that they themselves were guilty of causing any alleged shortage. Before the explosive growth of the H-2A program, a large part of Washington’s farm labor force consisted of people who live in California, and come north for work during the harvest season. “Who do growers think was harvesting their fruit all those years before H-2A?” he asked.
“In the last few years when those workers call they find out that the jobs and housing have been filled by H-2A workers,” Torres charged. “They have no alternative but to look for work elsewhere. Workers aren’t stupid. The more the H-2A program grows, the more the message goes out to the traditional workers that there’s no work for them. But if growers decide to give them back their jobs, those workers will come back, especially if the wages are good and there’s a union.”
The worker shortage has caused many farmers to raise the pay for workers – often more than doubling their salaries.
https://truthout.org/articles/farmworkers-rise-up-against-trump-and-labor-exploitation/ 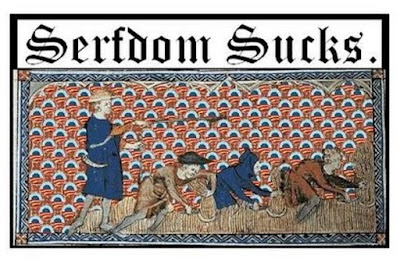