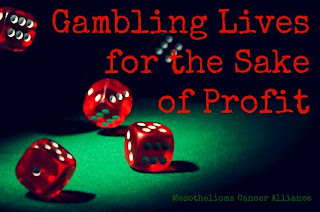 Companies have increasingly turned to temporary employees to work in factories and warehouses and on construction sites. The US temp industry now employs a record 2.8 million workers. Analysis of millions of workers’ compensation claims in five states, representing more than a fifth of the U.S. population, temps face a significantly greater risk of getting injured on the job than permanent employees. The data that does exist, however, identify consistent trends, allowing ProPublica to conduct the first multi-state study of temp worker injury claims. Its analysis covered five years of workers’ comp data, amounting to more than 3.5 million claims, in five states: California, Florida, Massachusetts, Minnesota and Oregon.

Unlike the way it monitors every other industry, the federal government does not keep injury statistics on temp agency workers. It’s not possible to track temp workers’ injuries nationwide through workers’ comp records. Many states, such as New Jersey consider workers’ comp claims to be confidential and declined to release them.  In other states, such as New York, there is no way to sift out temp workers from regular workers. In Texas, employers aren’t required to carry workers’ comp insurance, and many fail to report their employees’ injuries to state authorities.
The workers’ comp system is an imperfect record of injuries. Some workers file false claims. Some employers try to deter employees from filing legitimate claims. But public health researchers and workers’ comp insurance experts suggested workers’ comp data likely undercounts injuries to temp workers. One reason: If temp workers, almost none of whom are represented by a union, report injuries, they risk being blacklisted by their temp agency.
In California and Florida, two of the largest states, temps had about 50 percent greater risk of being injured on the job than non-temps. That risk was 36 percent higher in Massachusetts, 66 percent in Oregon and 72 percent in Minnesota. A 2010 study of Washington state’s workers’ comp claims found that temp workers in construction and manufacturing had twice the claims rate of regular workers doing the same type of work.

In Florida, temps in blue-collar workplaces were about six times as likely to be injured than permanent employees doing similar jobs. The findings were particularly stark for severe injuries. In Florida, the data shows, temps were about twice as likely as regular employees to suffer crushing injuries, dislocations, lacerations, fractures and punctures. They were about three times as likely to suffer an amputation on the job in Florida and the three other states for which such records are available.

Occupational Safety and Health Administration files revealed situations that occur over and over again: untrained laborers asphyxiated while cleaning the inside of chemical tanks, caught in heavy machinery such as food grinders and tire shredders, and afflicted by heat stroke after a long day on a garbage truck or roof. OSHA director David Michaels said he has been alarmed by the number of temp workers being killed on their first day on the job.

“Caught in” and “struck by” injuries were significantly more common among temps, records show. In California, temps were about twice as likely as regular workers to be stricken by heat exhaustion. And in Minnesota, temps were at least three times as likely to be injured by chemicals as their regular counterparts.

And the data shows the problem is worsening. Over the past five years, the claims rate of temp workers has increased in Florida, California, Oregon and Massachusetts, while that of regular workers has held steady or fallen.


The growing reliance on temps subverts one of the strongest incentives for companies to protect workers. The workers’ comp system was designed to encourage safety through economic pressure; companies with higher injury rates pay higher insurance premiums. Hiring temp workers shields companies from those costs. If a temp worker gets hurt, the temp agency pays the workers’ comp, even though it has little or no control over job sites. Where the company overseeing the work isn’t required to pay the medical bills if temps get hurt. And where, when temp workers do get injured on the job, the temp firm and the company fight with each other over who is responsible, sometimes even delaying emergency medical care while they sort it out.

Day Davis, 21, got a job, through a temp agency working at the Bacardi bottling plant. Davis walked into Bacardi’s Warehouse No. 7 on his first day on the first job of his life. It would also be his last.  This was a factory, OSHA investigators later wrote, that put profits over safety, trained its workers to cut corners and treated its temps as “second-class citizens” and “peons” Bacardi is “production, product and profits oriented,” an OSHA investigator also wrote. “They do not want to slow down production and spend funds on temporary employees who may not be in their facility day-to-day. Not training these temporary employees saves the company valuable training time...The company appears to have attempted to shift blame to its temporary agencies,” investigators wrote. “They have taken the position that the employee does not belong to them; therefore they are not responsible for their safety.” After Davis’ death, Bacardi officials walked through the plant with OSHA inspectors. The plant’s health and safety manager, Lesley Toke, seemed more intent on protecting the brand than protecting workers, according to notes the OSHA inspectors took during their visit to the company. “Plain indifference,” the inspector wrote.