24 people dead, more missing, thousands fleeing, and at least 1,400 homes destroyed. The disaster in Australia is horrific. 15 million acres charred and turned to ashes so far. Almost half a billion animals dead or dying in New South Wales alone. These figure are now out of date and very much an under-estimate.


UN climate conferences always fail and for the same reason — the inability of the various capitalist states to agree on what needs to be done as some would suffer economically more than others, especially countries with fossil fuel resources which they use either for export or for domestic use as the cheapest energy source available.

Australia is one of these as a coal exporting country. Here is their prime minister Scott Morrison explaining  why Australia is not going to agree to coal burning being reduced:
”What we won’t do is engage in reckless and job-destroying  and economy-crunching targets which are being sought.”

Actually, he needn’t worry as the International Energy Agency is estimating that coal burning in Asia is going to go up over the next five years, precisely the markets Australia exports its coal to.

Ending the environment emergency is totally unthinkable without socialism. Only world socialism based on the shared interests of working people can achieve global cooperation. The capitalist ‘green’ solutions would degenerate into national and international rivalries which would destroy any coherent coordination and collaboration. De-growth is not a feasible option under capitalism. This is because capitalism has growth and expansion built into it. Holding back capitalist accumulation would result in an economic recession with all the associated misery. It is unavoidable. A socialist solution is a necessity.

Many climate activists continue to be reluctant to identify capitalism as the cause of the climate crisis. Climate activists need to advance the alternative to capitalism, not just legislative and regulatory tweaks like the adoption of renewables, electric cars, and carbon pricing. What confronts us is not a series of separate crises, but a single basic design fault deep within capitalist economics 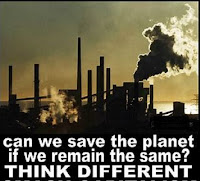