Debate with the Communist Party (1948) 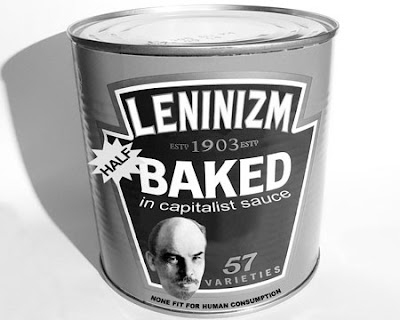 A. Turner (who opened the debate for us) first explained the meaning of socialism in all its aspects, and dealt with the political and economic foundations of the class struggle, showing the road the workers must travel to their emancipation. The Communist Party, he said, had never sought working-class support for socialism or the overthrow of capitalism. They had during their career opposed Parliament and urged the workers to arm themselves. Their attitude to the Labour Party had from time to time been one of opposition and then of support. They had first supported the 1939 war, then opposed it, and on Russia’s entry had supported it again. The somersaults in their policy could only be explained by their support of Russia, a country in which capitalism existed. The Communist Party were reformists, formed in the first instance by a number of reformist parties getting together. It was true that the Communist Party prosecuted the class struggle, but their efforts in fact served the interest of the capitalist class. Against the Communist Party’s claim that a minority could take control without the backing of an informed working-class, the Socialist Party said that socialism will be established by the working-class when it understood the issues involved, and not before. Turner quoted statements made by prominent members of the Communist Party in support of his arguments.
G. Jones (Communist Party representative) replied that the capitalists had always opposed the Communist Party: in the “Communist Manifesto” Marx had said that the spectre of Communism was haunting the world. The Communist Party were extending the work of Marx and Engels and engaging in the elementary struggles of the workers, which Engels had said was an attack on the capitalist class. It was not necessary for the Communist Party to state the case for socialism, because this had been expressed so many times before. Lenin had stood for a party which aimed at smashing the State machine and replacing it with a working-class State machine, and this was in line with Marx’s views. The Communist Party changed its policy as circumstances demanded, but the Socialist Party were Utopians. In Russia the working-class had taken power and the capitalists could never stage a come-back there.
A. Turner in his second statement said that his explanation of capitalism and exposition of socialism had not been contradicted by his opponent, but that the Communist Party had never advocated these ideas. The Communist Party was not democratic and its changes of policy came from the leadership and were imposed on the members. He gave a number of quotations from Communist Party literature showing how they alternately opposed and supported the last war. Lenin himself thought that the State would wither away, and not be smashed. The object of the Communist Party was to maintain the security of Russian Capitalism, and that of the Socialist Party to establish socialism by means of a working-class understanding socialism taking control of the State machinery by obtaining a majority in Parliament. He quoted from the “Communist Manifesto” showing that both Marx and Engels from the beginning had understood the necessity of there being a majority of socialist workers in order to establish socialism. The present task of the Socialist Party was, therefore, to spread socialist knowledge. In Russia the means of production were not owned by the working-class. The Communist Party had never advocated socialism, but had tried to gain support by lies and trickery.
G. Jones in his second speech claimed that Turner had arranged quotations in a way calculated to deceive. Russia was weakening the capitalist chain in the fight to build socialism, and Turner's statements were an amazing travesty of Marxism. There must be leaders in any movement, even though some may turn out to be bad leaders.
Both speakers had another session, but towards the end of the debate some members of the audience became so unruly that it was difficult to hear what was going on. In spite of these well-known Communist Party tactics, members of our party present thought the debate well worth while, particularly as it is so rare an event for a Communist to risk himself on our platforms.

A collection of £32 was taken up, and good literature sales resulted.