To a New World 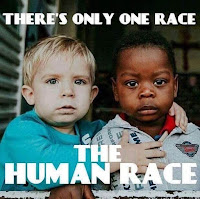 Hunger is caused by poverty and inequality, not scarcity. For the past two decades, the rate of global food production has increased faster than the rate of global population growth. The world already produces more than 1 ½ times enough food to feed everyone on the planet. That's enough to feed 10 billion people, the population peak we expect by 2050. But the people making less than $2 a day -- most of whom are resource-poor farmers cultivating unviable small plots of land -- can't afford to buy this food.

The bulk of industrially-produced grain crops goes to bio-fuels and animal feed rather than food for the 1 billion hungry. The call to double food production by 2050 only applies if we continue to prioritise the growing population of livestock and automobiles over hungry people.

400 experts commissioned for the four-year International Assessment on Agriculture, Science and Knowledge for Development (IAASTD 2008) concluded that agroecology and locally-based food economies (rather than the global market) where the best strategies for combating poverty and hunger.

Roger Revelle former director of the Harvard Center for Population Studies estimated that Africa, Asia and Latin America alone, simply by using water more efficiently, could feed 35 billion to 40 billion people – seven to eight times the current world population – and that assumes no change in technology.The former director of the Agricultural Economic Institute at Oxford University, Colin Clark, has estimated that if the world’s farmers were to use the best methods of farming available, an American diet could be provided for 35.1 billion people. If a Japanese-style diet were provided, this number would be trebled. Global agriculture currently produces 4,600 calories per person per day, enough food to feed the world population. The University of Michigan – a switch to organic agriculture would be more than enough to support an estimated population peak of around 10-11 billion people by the year 2100″we have shown that it is possible to both feed a hungry world and protect a threatened planet.”

Jonathan Foley, head of the University of Minnesota’s Institute on the Environment.Eco-farming could double food production in entire regions within 10 years while mitigating climate change, according to a new U.N. Report.

In 1996 the United Nations Food and Agriculture Organization estimated that the world was producing enough food to provide everyone with 2,700 calories a day, 500 more than is needed by the average human.

According to the American Association for the Advancement of Science in 1997, 78 percent of all malnourished children aged under five live in countries with food surpluses.”The problem is that many people are too poor to buy readily available food” …Even though ‘hungry countries’ have enough food for all their people right now, many are net exporters of food and other agricultural products.”

Can we feed a world of 9 billion? I would say the answer is yes,”  Robert Watson, chief scientific adviser to Britain’s Department of Environment and Rural Affairs and a former chair of the Intergovernmental Panel on Climate Change.”

”Hunger is not a food production problem. It is an income problem.” Robert Fox of Oxfam Canada.

“There is no food shortage in the world. Food is simply priced out of the reach of the world’s poorest people.” Ngozi Okonjo-Iweala , World Bank Managing Director

“…if all the earth’s available arable land, water and technology were to be used to produce food, it could feed sixty billion people, according to one optimistic FAO estimate

The Socialist Party recognises that capitalism is a danger to our planet and promotes a socialist society that would be in a better position to look after it. Whatever is produced within socialism will be the best that human beings are capable of. Homes, for example, will be designed and built with the only motive of housing human beings in the best possible style. The materials of which they are made, their facilities and location will all conform to this. They will be the best homes that society knows how to build. Nobody will be employed by another person – nobody will sell his or her labour-power or work for wages. Everyone, in fact, will work for themselves, which means for the whole of society. Work will be a co-operative effort, freely given because people will realise that wealth can only be produced by working – unless wealth is produced society will die. Yet it will not only be a reluctance to commit social suicide that will keep us working under socialism.

Men and women will be free – free from the fetters of wage slavery, free from the fears of unemployment, free from economic servitude and insecurity. Nobody will be found doing a job they hate but tolerate because its pays them well. Nobody will waste their time learning how to kill scientifically. Everyone will be set free to do useful work, making things which will add to society's welfare, things which will make human life a little better, a little happier. This is an enormous incentive to work. It is the greatest incentive for co-operative effort and that is how socialism will operate.

Socialism will be free of the anomalies and stupidities which are now so common. Nobody will starve in one part of the world whilst food is being stockpiled or destroyed in another. Nobody will go cold because they can't afford to heat their homes. These anomalies arise because capitalism produces wealth to sell.

Socialism will produce for people's satisfaction; the only barriers to that satisfaction will be physical. Bad weather, a ruined harvest or some other natural calamity may cause a breakdown in supplies. If this happens society will take steps to deal with the situation, unhampered by the commercial and monetary considerations of capitalism. Human interests will be the only consideration.

Socialism will be free of war – the cause of war will no longer exist. This means that there will be no armed forces with their dreadfully destructive weapons. It means that the people who are in the armed forces, together with the rest of the enormous social effort which is channelled into them, will be able to serve useful, humane purposes instead of destroying and terrorising.

Capitalism has its own laws, built upon its basic property rights. There is an intricate system to administer these laws -the courts with their judges, magistrates, lawyers and so on, supported, by the organisations which train people to take on such tasks. At the end of the process there is the police force to prevent people breaking these laws and, it they do, to hand them over to the penal institutions. None of these things will exist in a socialist world.This is not to say that socialism will be a hotbed of crime. Remember that it will be a social system established by the conscious action of the overwhelming majority who will have set it up because they have decided that it is in their interests to do so. Such people will have appreciated that the interests of every individual are inextricably bound to those of the rest of society. They will realise the importance of social effort and co-operation and will act and work accordingly. This will be the power and the force which will induce people to behave socially and to work co-operatively.

Socialism will not have a coercive state machine and a comprehensive legal system to enforce conformity. Order and welfare will depend upon mankind's appreciation of its own interests and will be the stronger for it.When production is only for human use there will be a great development of society's productivity. First of all, an enormous number of jobs which are vital to capitalism will become redundant.

Capitalism wastes human effort and has a vast army of bankers, accountants, salesmen, those in the armed forces, and many, many others who produce absolutely nothing. Socialism will have no use for such jobs because its wealth will not be produced for sale. Because socialism will be free of the commercial necessities which hamper production under capitalism, we shall be able to turn our whole attention to satisfying human needs, to making our lives happier, fuller, easier. When that happens society will be able to support itself for the first time in the style to which it is entitled.This will also apply on a world-wide scale.

Capitalism has covered the world with frontiers and has fostered patriotism and race hatred, none of which has any scientific basis. Frontiers are purely artificial and are often altered at international conferences. Many workers are proud of their nationality although in logic they cannot take pride in something over which they have no control. Their patriotism leads them to fall in with the racial theories which capitalism's apologists use to excuse the failings of their social system.

Socialism will have none of this. No frontiers, no racial barriers or prejudices. The world will be one with only human beings freely working together for their mutual benefit. Socialism will end the wasteful, fearsome, insecure world we know today.

Socialism will set men and women free to live their lives to the full. It will remove poverty and replace it with plenty. It will abolish war and bring a world of peace. It will end fear and hatred and give us security and brotherhood.

Socialism will be a world worth living for.  We will all, undoubtedly, be better off.