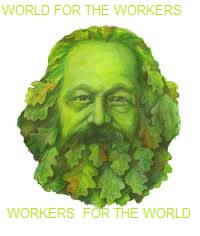 During the G20 summit in Japan in June, Trump said he is "not willing" to take action to curb greenhouse gas emissions because such a move would harm corporate profits. More recently at the Biarritz G7 meeting he insisted that fossil fuels remained a source of wealth for America and he would not act against America's interests

Despite scientific warnings that the international community must act immediately to reduce greenhouse gas emissions, Trump's Environmental Protection Agency took another step in the opposite direction by unveiling a rule that would relax restrictions on the fossil fuel industry's methane pollution. The EPA's plan would scrap regulations requiring the oil and gas industry to "install technologies that monitor and limit leaks from new wells, tanks and pipeline networks and to more frequently inspect for leaks...It would also forestall legal requirements that would have forced the EPA to set rules on emissions from thousands of pre-existing wells and industry sites."

Environmental activists are hoping to bring Washington, D.C. to a "gridlocked standstill" next month with a massive act of civil disobedience aimed at disrupting business as usual and getting the attention of members of Congress standing in the way of bold climate action. The #ShutDownDC day of action, scheduled for Sept. 23, is expected to include blockades at key intersections throughout the U.S. capital, according to a press release. The severity of the issue and the complete lack of response from elected officials necessitates mass civil disobedience," Kathleen Brophy, an organizer with 350.org, said.

Environmentalists have correctly diagnosed many of the ecological problems of our society but have they helped to craft the proper policy proposals to address them?

Human ingenuity has always provided solutions to the world’s needs, but fails to acknowledge that the overriding drive for quick profits can have a potentially disastrous effect on our relationship with nature. The supply of food would be adequate to feed all. There are countries which have experienced famine, but this is a consequence of ‘insufficient effective demand’ – in other words, the poor cannot afford to buy the food they need. If uncultivated arable land around the world was made productive, there would be no problem. Of course, this will only happen if the market can exert enough ‘demand’ to make it profitable enough for these lands to be drawn into production. In a sane system, it would be easy to rid ourselves of famine and hunger for ever; but in a system dominated by the need to accumulate profit, there are huge obstacles to this simple solution.

The predatory character of capitalism is now destroying the world without any regard to the consequences in ways that only an idiot can’t see. It doesn’t matter so much how many papers researchers publish; if the same cause is at the centre of them, the findings won’t change.

A global climate change movement has arisen for we we face a real threat to our civilisation. With every passing day it seems less likely than ever that global temperatures can be kept below the 2-degree C. threshold. This is a matter of survival. We are in a fight for the generations to come.

The climate change crises are not exceptional aberrations but are an inevitable consequence of the capitalist system. The real solution remains to bring down the house of capital, end class rule and establish real democracy. To truly confront climate change we have to abandon the source of the elites power...capitalism and too many environmentalists shy away from doing that.Capitalism is based on exploitation of the people and of the natural world. They are inextricably linked. The entire mindset behind capitalism is antithetical to sustainability. Capitalism relies on unlimited growth and because of that fact, living in a finite world, you cannot save the earth without ending capitalism.

The seeds of our future continue to be planted every day. Socialism offers a way of living that isn't dominated by profit, greed, exploitation, ever-increasing wasteful production and environmental damage. The real democratic running of society, where people have control over economic decisions, would make a big difference.

Production could be organised so that materials are re-used, waste is almost eliminated and what waste is produced would be treated. We could use technology and science to understand the world better, so that human activity becomes more in line with the flows of natural systems.

The economy would be organised to meet people's needs for now and the future, so environments would be protected. In other words, a socialist world would have diverse, healthy and attractive environments where people and other life would flourish.
Working people will sooner or later reach the stage where it will be unable to live the kind of life which is its due and which technology can provide. It will be pushed to the final stage of realisation, the need for socialist organisation to free the planet from capitalist control with a rational coherent schemes for solving the environmental problems which capitalism cannot solve. The climate and ecological crisis is a global crisis, and the biggest crisis humanity has ever faced. 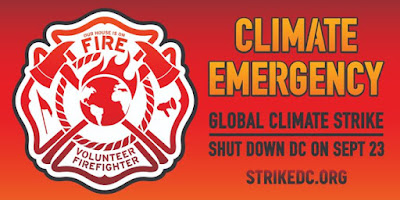 Posted by ajohnstone at 1:58 pm