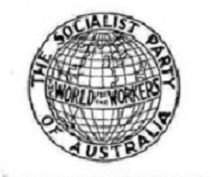 A$53,000. That’s how much the median wage in Australia is. In other words, for half the population that’s the most they’ll bring home in a year while trying to feed, clothe and shelter themselves and their families.
It took the CEO of Domino’s Pizza just a few hours to earn that much, as he raked in A$36.8m.
The median pay for an ASX 100 chief executive is A$4.34m. 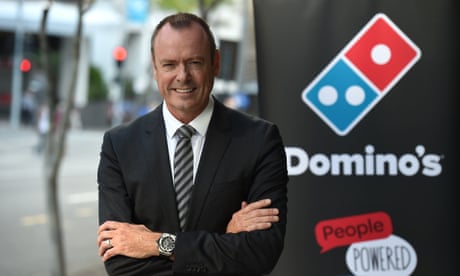 Australian top executive pay up 12% and bonuses up 18%, survey finds

Read more
That’s 82 times the median wage.  And that figure for CEO wages doesn’t even include bonuses, with a median bonus payment of A$1.76m bearing little or no relation to the performance of these companies. These are the same executives and directors telling their workers they can’t afford to give them anything but the stingiest of pay rises, or even permanent secure work for that matter.
CEO pay is now the highest it’s been since the ACSI report began 17 years ago, as general wages lie stagnant at best. While executive pay is soaring and a record number of companies are profitable, the amount that everyday Australians are getting is shrinking.
Australia has experienced the longest period of uninterrupted growth in the developed world, the proportion of GDP that’s being paid to workers has hit an all-time low. Australia is among countries with the highest growth in income inequality in the world over the past 30 years, according to the International Monetary Fund. While the economy has been growing, wages have been stagnating. While median ASX100 CEO pay rose by 12.4% in a single a year, real median household incomes only grew by 2.7% between 2007-08 and 2015-16.
At the same time, work is increasingly insecure. 40% of Australians workers are now in insecure work. Australia has the third highest level of part-time work in the Organisation for Economic Co-operation and Development (OECD) and the Centre for Future Work has found that less than half of the labour force are full-time workers with access to leave. There has also been a disappearance of “good jobs”, jobs that are full-time and not low paid, with analysis by Peter Whiteford finding that only 55% of men and only 30% of women are in such roles.
In a climate of insecurity, employers are increasingly brazen. It is no surprise that stories of wage theft fill the media, catching everyone from local restaurants to celebrity chefs. The most galling bit is that wage theft is not only a business model but that CEOs are actually rewarded for such bad behaviour. At Domino’s Pizza, as the CEO was raking in the millions the company was refusing to provide information to the Fair Work Ombudsman to investigate wage fraud across franchises and being unable to rule out continuing exploitation. Rather than intervening, the federal government has ignored concerns about low wages raised by the Reserve Bank governor and sat on its hands. It’s even encouraged insecure work by using labour hire and outsourcing essential public services in commonwealth agencies. People are working side by side but being paid vastly different pay and conditions to perform very similar work. In the public sector, there are outsourced ATO call centre staff paid less than if they were working at McDonald’s, a third of staff at the National Disability Insurance Agency are labour hire and Centrelink call centres are being outsourced to Serco. Corporate Australia feels no pressure from the federal government to change its ways when it is emulating their model of insecure work.
https://www.theguardian.com/commentisfree/2018/jul/17/ceos-dont-understand-how-angry-workers-feel-about-executive-pay