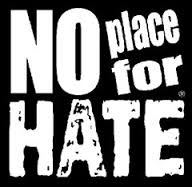 Once again the media is filled with stories about anti-semitism but also now with reports of yet shootings of unarmed protesters in Gaza so perhaps it is incumbent upon the blog to clarify the Socialist Party's position. Socialists are on the side of the oppressed against the oppressors and the massive use of overwhelming force by the state of Israel clearly exposes it as the oppressor. But just because we sympathise with the victims of Israeli oppression does not mean that we favour the solutions popular amongst them.


Members of the Socialist Party are saddened by the recurring violence of the Gaza conflict. We condemn both sides and denounce the senseless killing of our fellow workers. History shows that in times of war, working-class interests are never served by workers throwing in their lot with nationalist or other political leaders of capitalism, whether they are well-funded like the Israeli state, or weaker like Hamas. The killings in Gaza underlines yet again the urgent need to work for a world without nations and nationalism, bosses and workers. Peace is always better than war. Because wars are never fought in the interests of ordinary people. And because in wars it is always ordinary people who suffer. So, irrespective of the issues involved or the terms agreed, socialists can only welcome the ending of any war in any part of the world. Stop the killing is our permanent policy.

There are many who hold an image of Zionism as a movement of pioneering, progressive, pious, peace-loving nation-building. European anti-Semitism was responsible for creating a movement known as Zionism which aimed at creating a "Jewish homeland" free of persecution. The slogan was coined of “a land without people, for a people without land”, conveniently overlooking the existing Palestinian inhabitants. The Zionist goal of a Jewish state of Israel involved transforming Palestine into "a land without people" or as the Israeli Labour Party put it in 1944,  “Let the Arabs be encouraged to move out, as the Jews move in.” The creation of a “Jewish homeland” saw a new diaspora, that of the Palestinian inhabitants .

Zionism hasn’t established a workers’ paradise. The sole fruit of the decades of struggle and strife which Zionism has known has been - the establishment of yet another capitalist state. Which is an achievement the workers of the world, Jewish and Gentile, white and black, could well have done without. It is a hundred years since the first Zionist colonists “returned” from the diaspora to Palestine, and it has been succession of bloody conflicts. Since that time the dream of a “homeland” free from oppression and insecurity that led so many Jews to rally round their leaders in the name of Zionism, has been bitterly disappointed.


Socialists and Zionists have been opponents since the beginning. Inevitably, as they represented two incompatible views as to the solution workers of Jewish background should seek to the problem of anti-semitism. The Socialist Party attitude is that Jewish people should seek emancipation, not as Jews, but as human beings. To do this they should abandon their religion - just as Christians should abandon theirs - and become members of a secular human community in which money and the state should be abolished. The Zionist movement propounded the view that the Jews should not seek emancipation as human beings, but as Jews. Neither should they seek integration within the political states in which they found themselves, but separation in a state of their own.  The Socialist Party argues against the idea that the Jews were a nation or a race; most Jews were workers and should join with other workers to achieve socialism. The dreams of Jewish workers of a life free from persecution and oppression finds its echo today in the dreams of Palestinian workers. Jewish dreams have not been answered by the setting up of the state of Israel and Palestinian dreams will not be answered by the establishment of a Palestinian state.


Let it be clear that unlike certain anti-Zionists, socialists do not oppose the blinkered mentality of nationalism only when it is Jewish. To us, the flag-waving, trigger-happy Zionists are no more ignorant and abhorrent than those who have swallowed the diversionary, nationalist message of Hamas and Hizbullah. Socialists do not take sides in national conflicts because it is not our aim to support one or other of the competing capitalist or would-be capitalist factions, each of which seeks its own territories and exploitable populations. No socialist will ever fight to defend a border—we want to do away with the divisiveness of countries and states. The socialist solution to the Middle East conflict is not a piecemeal policy. We do not advocate re-drawing the border or the exchange of one ruling class for another one. These amount to mere rearrangements of the capitalist furniture. Our opposition to Zionism does not mean that we support the creation of a Palestinian state. Unlike some, we don’t single out Jewish nationalism for special condemnation. We condemn all nationalisms equally. The “Palestinian nation” is just as much a myth as the “Jewish nation”, or any other nation. Nationalism is the ideology which seeks to justify the capitalist division of the world into separate “nation-states”, each competing to gain a place in the sun for its ruling class and each with killing machines at its disposal. We utterly reject this view of the way humanity should organise itself.

The establishment of Israel did not end anti-semitism. In fact, it caused it to spread to where it had never existed before - to the Arab-speaking parts of the world. For centuries Jews had lived in peace and security, integrated and speaking Arabic, in these parts of the world. Now, as a direct result of the establishment of a Jewish State in Palestine,, they came to suffer the same persecution that the European Jews had. The result was that centuries of integration was undone in decades. Today there are virtually no Jews living in Arab countries: most Arab Jews are now in Israel where they form an underprivileged group.

Both Zionism and Palestinian nationalism hold back the growth of class consciousness among the working class in Israel and Palestine.  Only when Israeli and Palestinian workers join the worldwide movement for a society without nations will the strife finally cease. Neither Israeli nor Palestinian nationalism can serve the interest of the vast majority of the population. The workings of world capitalism show that peace and prosperity are only possible in a world-wide framework - socialism. The Socialist Party re-affirms that all peoples should seek their emancipation, not as members of nations or religions or ethnic groups, but as human beings, as members of the human race. They should unite to abolish the division of the world into so-called nation-states and to establish a World Cooperative Commonwealth of which we will all be free and equal members - citizens of the world, not subjects of nation-states. the cause of socialism is and must be universal. So long as you are living in a society that forces you to be a wage slave, you must, if you wish to be free, join hands with your fellow workers of all countries in the task of securing "the world for the workers."

This thoughtful critique of the circumstances involving the state of Israel, the Palestinians, anti-Semitism and nationalism could have been used in place of Jeremy Corbyn’s vacuous letter, issued this week to assuage the wrath of the Israeli lobbying groups and which is full of platitudes, obfuscation and absent of any historical, political or ideological context. https://labourlist.org/2018/03/i-will-always-be-your-ally-in-the-fight-against-antisemitism-corbyns-letter-to-jewish-leaders/

Corbyn’s letter lacks any of the context and substance of this blog post, but instead is a capitulation to vested interests in a desperate attempt to ‘gain power,’ where at best he will head a Roosevelt style government to ‘save capitalism.’ Yet much of the media and others continue to refer to him - and the Labour Party - as 'Socialist;' which at any level of analysis is absurd.