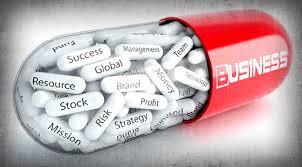 A new report, published by campaign groups Global Justice Now and Stop Aids, claims that UK taxpayers and patients worldwide are being denied the medicines they need, despite the public sector playing a pivotal role in the discovery of new medicines. They say that even when the government has part-funded the research and development, there is no guarantee that patients will be able to access the medicines at an affordable price. Treatments for cancer, arthritis and multiple sclerosis (MS) are among drugs that cost the cash-strapped NHS more than £1bn last year – despite public funding playing a substantial role in the medicines’ development.
It says: "In many cases, the UK taxpayer effectively pays twice for medicines: first through investing in R&D, and then by paying high prices for the resulting medicine once ownership has been transferred to a private company." The campaigners say drug companies are generating huge private profits from public funds.
It claims the high prices of new medicines are "unsustainable for an already underfunded NHS".
The drug, palbociclib, use in the treatment of breast cancer was originally developed using work carried out by publicly funded Cancer Research UK scientists in the 1980s, for which they won the 2011 Nobel Prize. In February, the National Institute of Health and Care Excellence (Nice) made a provisional decision not to recommend the drug because the cost was too high in relation to its potential benefits.
A full course of treatment with palbociclib costs £79,650, which campaigners say means the manufacturer is vastly overpricing the drug. They claim it could be made and sold for a profit for £1 per pill, but say in fact it is currently sold for 140 times more.

The report states that a prostate cancer drug called Abiraterone, discovered and developed by the primarily publicly funded Institute of Cancer Research and later bought by a subsidiary of Johnson & Johnson, now costs the NHS £98 per day per patient – despite a generic alternative being available for less than £4 per day per patient.

Another drug for arthritis, Infliximab, initially developed by universities in the US and UK with support from charity and industry funding, represented the fourth highest expenditure on a single medicine in the NHS in 2014/15, at £159m, after it was bought by Janssen Biotech. The following year NHS spend on the drug rose to £178m, according to the findings.
Richard Sullivan, professor of cancer and global health at Kings College London, said,  "Many of these drugs are extremely profitable", he said, "but there is absolutely no link between the price set and with the returns on the research - it's a complete myth. When a drug is refused by Nice there's only one reason it's refused - the company has knowingly overpriced the drug."
Professor Sullivan told the BBC that the public sector had contributed anywhere between "30% and up to 90% of the overall research intellectual input" in the development of drugs. "The public sector is essential for developing new medicines for cancer patients," he added. In 2015, the UK government spent £2.3bn on health research and development. The UK Government is the second largest funder country of global health research and development after the US, and the report claims that the high prices charged by pharmaceutical companies are having a significant impact on national health budgets globally.
Campaigners say that research and development should not be linked to sales revenue. Overall, NHS spending on medicines has risen 29 per cent in the past five years and the National Institute for Health and Care Excellence (NICE) has struggled to regulate the price of medicines.