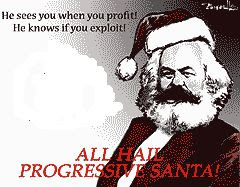 Almost one in three people in the UK will go into debt over the Christmas period. 58% will rely more heavily on their credit cards and most of the remainder will cover their costs by using overdraft facilities.

The lowest price for an acceptable Christmas for a low-income family with two children is £182, a study says. Most UK families will spend between £530 and £682 on gifts, decorations, food and drink.

Many parents felt pressure to buy gifts for their children that were far more expensive than they could afford. They blamed this mainly on retailers, the media and older children's expectations of electronic goods like MP3 players, mobile phones and branded items.

The report says: "A Cut-Price Christmas highlights the challenge of being a parent on a low income: not wanting to crush your kid's sense of fun but not being able to escape the reality of up-to-the wire budgeting and debt."

A lone parent with two children aged eight and 12 is likely to receive £209.49 per week in benefits if they are not working. The report suggests they would need to save up their disposable income for two-and-a-half weeks to be able to afford the £182 Cut-Price Christmas.

■ were paid up to a month late;

■ claimed they were expected to work with dangerous tools and machines without training or safety measures;

■ had to work in silence and were fined up to £5 for going to the toilet without permission.

A typical working day during the peak season starts at 8am and does not end until 10pm. Workers routinely put in six-day weeks, but if the factory is busy there are no days off.

The most insidious effect of the long hours and poor wages was how it tore families apart, separating mothers and fathers from their children for all but a few days a year. Many workers were too afraid to speak to the investigators from human rights group Students & Scholars Against Corporate Misbehaviour. Sacom accuses big global brands of failing to pay the factories enough, with workers suffering because factories undercut one another in an attempt to secure contracts. The report also criticises the industry's own regulator for failing to clamp down on rights abuses.
"Our family will not die from hunger, but cannot be fed with this wage level," said one worker, Wang Fengping. She and her husband earn £200 a month making toys for Disney and others, but cannot afford to bring the children to the city. The reality is that they will meet only once a year, at Chinese new year.
Posted by ajohnstone at 3:13 am

Email ThisBlogThis!Share to TwitterShare to FacebookShare to Pinterest
Labels: christmas