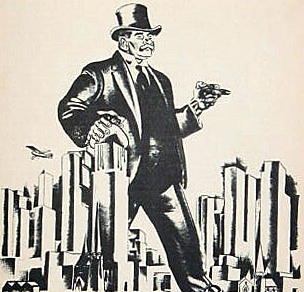 America has the most billionaires in the world, for yet another year. The US increased its share of billionaires by 12% in 2019.

One in eight Americans still live below the poverty line.

40% are one pay-cheque away from destitution.

In fact, there are a lot of basic services that other similarly wealthy countries provide as a minimum that just aren’t given to Americans.

College tuition fees range from around $10,000–$40,000 a year depending on whether they are state or private, with education at the country’s top institutions usually charging over $50,000.

In places like Germany, Poland and Sweden, tuition is even free for citizens. In Norway, college education is also free for international students and in Denmark, students are paid to go to college.  Tuition fees are also a fraction of the price in countries across the world, from Mexico to Australia to New Zealand.

In fact, according to an OECD report from 2017, the US has the highest tuition fees of any country in the world.

In the absence of a national paid leave policy, it is up to companies to provide paid leave to its employees. That means that almost one in four Americans go without a vacation every year.


In the US, there is no national policy of paid parental leave. The only states with an active parental leave policy are California, New Jersey and Rhode Island. American parents are entitled to 12 weeks’ unpaid leave under the Family Medical Leave Act (although many parents don’t qualify for this). And when parents go back to work, putting a child in full-time daycare can cost up to tens of thousands a year.
Americans live shorter lives than people in other similarly wealthy countries. Meanwhile, the US spends nearly twice as much on healthcare as the average OECD country – but with the lowest life expectancy and highest suicide rates among the 11 nations, it’s not clear where that money is going.
Year after year, while the US continues to spend the most on healthcare in comparison to high-income countries, it continuously ranks last when it comes to measures such as healthcare quality, accessibility and equity.
Obviously the US is a place where billionaires can thrive, meanwhile a number of countries manage to get by with just a handful of billionaires. Finland, the happiest country in the world, has just six billionaires. Japan, the country with the second-longest lifespan in the world and the third-highest GDP, has just 26 billionaires. The UK, which is by no means the most egalitarian country in the world, has a paltry 45 billionaires. All three still manage to provide free healthcare.
https://www.theguardian.com/inequality/2020/jul/02/us-most-billionaires-in-world-inequality
Posted by ajohnstone at 12:00 am