Amnesty International's "Future of Humanity" survey polled members of Generation Z between the ages of 18 and 25, asking young adults from 22 countries—including Nigeria, Pakistan, Spain, Tunisia, and the U.S.—about their biggest concerns.

41% of respondents named accelerating climate change as the biggest sign that previous generations have failed them, while 36% cited pollution. 23% said it was the loss of natural resources.

Kumi Naidoo, secretary general of Amnesty International, said, "The message from young people is clear. We are living inside a failed system," said Naidoo. "The climate crisis, pollution, corruption, and poor living standards are all windows on an alarming truth about how the powerful have exploited their power for selfish and often short-term gain." 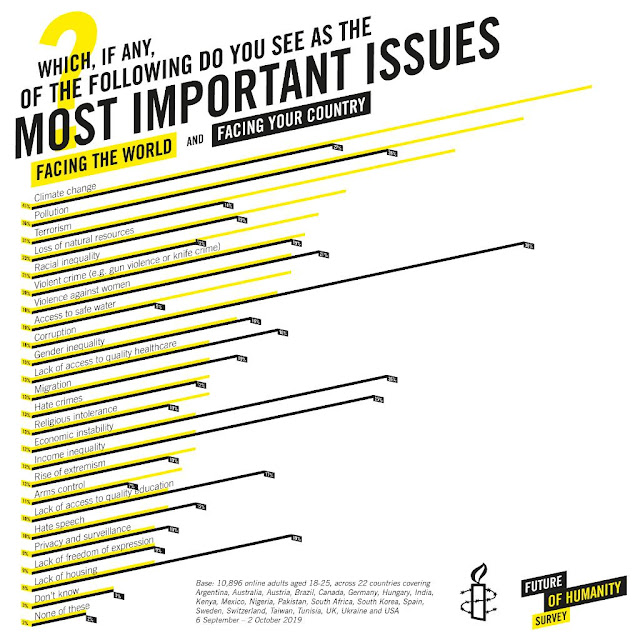