The Socialist Party and the the Climate Crisis 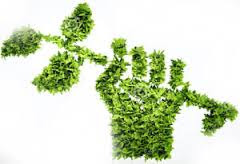 Global warming and pollution are driving people to migrate. Climate change is reshaping our world. Coastlines are creeping inland, deserts are growing, ranges of plant and animal species are shifting. Global warming is a "threat multiplier." Crop failures, natural disasters and depleted resources can tip delicate economic and political balances into crisis, fuelling poverty and conflict. The climatic changes that are making parts of the world not fit to live are another example of poor people paying the price of capitalism. They are climate refugees seeking a safe haven where they will be secure from the environmental disasters. Over a recent seven-year period, according to the World Meteorological Organization, climate-related events on average displaced 22.5 million people a year. Some of those displaced by climate change initially migrated internally, from their rural homes to larger cities, looking for work where they confront a new set of problems, which in turn prompt them to consider an international exodus.  It is just the beginning of what will be a major movement of climate refugees and defining them as economic migrants will won’t make the devastation caused by drought and floods any less real. There is no provision under international asylum law to address their situation. The 1951 UN convention on political refugees– which never foresaw the phenomenon of climate change– permits refugee status only if one “has a well-founded fear of persecution because of his/her race, religion, nationality, membership in a particular social group or political opinion.” But a proposal for an amendment to that Convention—or an optional protocol — to include a new category of “environmental refugees” has failed. But a hard line on immigration is little deterrent to desperate people. Anybody who thinks this can be handled by building fences and walls, deploying more guards to the border is as delusional as those in power who still deny that human-caused climate change is even happening. We are beginning to see the real-world effects of the climate crisis around the world. As the planet heats up, lands are becoming uninhabitable and people are on the move. The countries most responsible for climate change are fortifying their borders to keep them out. Militarisation of borders is a global trend. When politicians frame climate change and migration as security threats rather than humanitarian crises, the next step is looking for military means to combat that.


The Socialist Party recognises the urgent need to tackle global warming and climate change and amending the categorisation of refugee status may in itself be worthy, it is, nevertheless, fiddling while the planet burns. People have to understand the cause of global warming. Capitalism is the impersonal process of the accumulation of capital out of the surplus value produced by the wage-working class and involves competition to transform this surplus value into money by selling the products in which it is embodied. This battle is won by those enterprises that can sell their products at the lowest price due to their employment of more productive methods. This investment in new productive methods depends on making enough profits (converting enough surplus value into money). So, capitalism is the pursuit of profits to accumulate as more capital. Such “growth” is built into it and cannot be stopped. If ever it was, the whole system would seize up and there would by massive worldwide economic crises. What is required to stabilise the rise in temperature is a global political and social revolution to end capitalism and put “mankind” in full charge of its interaction with the rest of nature (production). Which can only be done on the basis of the Earth’s natural and industrial resources becoming the common heritage of all humanity. To this end, the Socialist Party is organised.

1) If we do have a chance of survival, it is contingent on the establishment of world socialism. If capitalism continues indefinitely, then sooner or later we are doomed.
2) The sooner we establish socialism the better. But better late than never.
3)  The climatic and environmental threat to human survival will come to occupy central place among the concerns that inspire people to work for socialism, overshadowing all else.

A world socialist community of one humanity could focus human effort upon the problem much more effectively than a world still split into rival nations and riven by class and other divisions. A socialist community would be much better placed than a profit-driven system to minimise and mitigate the misery and suffering which will be caused by global warming. In socialism, we would not face ‘economic’ obstacles to the effective organisation of relief aid for regions struck by extreme weather events and harvest failure or to the relocation resettlement of climate refugees.


The Socialist Party can admire the commitment and the sincerity of environment campaigners to do something about climate change but the solution is not through reforms and appeals to the capitalist class and their banks. To aim for a better world, we first have to understand and explain how our present society is arranged. Political parties other than the Socialist Party support the basic way society is structured, or just assume it’s the only way things can be. They say that it can be improved from within, by changes to the law, or finding more funding from the public purse. Palliative policies and more government investment may help in the short-term but they only last as long as they fit in with the economic and political wishes of the ruling elite. The needs of the people aren’t important.

The Socialist Party would say that to solve society’s problems, we have to change the way society is structured. This means going from our world where the means to produce and distribute wealth are owned by a minority, to one where those resources and facilities are owned by everyone in common. Then, goods would be produced and services would be run directly for anyone who wants them, without the dictates of the economic market. Industries and services would be run just to satisfy people’s needs and wants. Our natural resources could be managed in a sustainable way, as the waste and short-term profitability which lead to environmental damage wouldn’t be there. This means voluntary, co-operative, creative work, with decisions and responsibilities agreed through everyone having an equal say. This would mean a much broader and more inclusive use of democracy than we’re used to.

The Socialist Party is using what limited democracy we have in our current society to advocate a better world for everyone. Are YOU going to allow an great catastrophe to happen or are you going to wake up NOW and stop it. 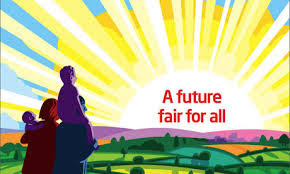