The poor die most often

More evidence of the health inequality that exists in the UK.
Poor people are much more likely than wealthy people to die after undergoing emergency surgery, according to new research.


Patients from the most deprived areas have a 29% greater risk of dying than those from the wealthiest districts, the study from University College London found. The UCL team also concluded that the variation in patients’ risk of dying was not due to the quality of either the hospital they had their surgery in or the care they received around the time they underwent the operation. In fact many of the poorest patients had their surgery in large teaching hospitals in urban areas, which generally have good standards of care.


Researchers examined the number of people dying within 30 days of having an emergency laparotomy at one of 178 NHS hospitals in England. About 61,000 people a year in the UK have an emergency laparotomy. It involves surgeons making an incision in the abdominal cavity to allow examination of the patients’ internal organs, such as the stomach and small and large intestines. It is classed as high-risk surgery and patients have a risk ranging from 5.4% to 23.9% of dying within 30 days.
They found that patients from the poorest socioeconomic backgrounds were in greatly increased danger of dying than those from wealthier ones 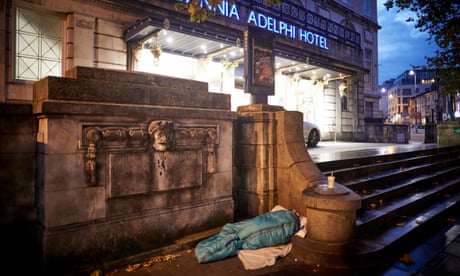 Read more
Prof Ramani Moonesinghe, a co-author of the findings, said: “We are satisfied we have identified a significant association between patient poverty and the mortality rates following this commonly performed emergency procedure.” However, she said, there was no data available to indicate the exact reasons for the link. “Possible causes could include lifestyle-related risks, delayed diagnosis or presentation to hospital, along with follow-up access to healthcare services after discharge,” she explained.
The conclusions are important because they suggest that someone’s housing, education, employment status and working conditions – not just their medical condition – can influence who is most likely to die.
John Abercrombie, a consultant emergency surgeon and council member of the Royal College of Surgeons of England, said: “This important study shows that patients from deprived areas have a higher mortality rate from emergency abdominal surgery when compared with those who are better off. Survival rates should be consistently high across socio-economic groups. Patients’ chances should not depend on their pocket or their postcode..."
https://www.theguardian.com/society/2019/dec/18/poorest-die-most-often-from-emergency-surgery-research
Posted by ajohnstone at 1:22 am