French Take to the Streets in Protests

French rail workers, air-traffic controllers, teachers and public sector staff staged walkouts and took to the streets against proposed changes to the pension system. The strike—which is open-ended and could last several days. Two major demonstrations are planned for Paris that will converge on the Place de la Nation
Rail services almost ground to a halt, with 82% of drivers on strike and at least 90% of regional trains cancelled, amid fears that the open-ended transport disruption could continue for days. In Paris, 11 out of the 16 metro lines were shut. About half of the scheduled Eurostar trains between Paris and London have been cancelled. Tourists were turned away at the Eiffel Tower because of the strike. Many schools were closed and even some police unions warned of “symbolic” closures of certain police stations. Postal workers in 20 French departments will join the walkout too.
Unions say introducing a “universal” system for all will mean millions of workers in both the public and private sectors must work beyond the legal retirement age of 62 or face a severe drop in the value of their pensions.
This new system will introduce a ‘points system’ for retirement. This will threaten both the age of retirement and also the financial recompension at the time of retirement. Currently, public sector worker’s pensions are at present calculated on the salary they earned for the last six months of working life – normally the highest for most people – and an assessment of the best 25 years of their career. The new system will take every year into account. This means that if you had a couple of lean years or became self-employed for a while, or even had health issues that prevented you from working for some time, you will receive a lower pension.
According to a poll 6 out of 10 people said they are behind this strike. There is the fear that this reform will just be the first in a number and that allowing it to pass will create a domino effect, destroying France’s public service in general. This is why a lot of commuters are willing to put up with the transport inconveniences.
Stewart Chau, a sociologist, said the public mood was of distrust rather than defiance.
“What’s certain is we’re in a climate of real social tension today, which goes beyond pensions. Our study in Libération found almost unanimity – 89% – of French people thinking we’re living through a social crisis, but also 64% said they felt Macron didn’t understand those social difficulties … That mood of social crisis will hang over this strike action.”
https://www.theguardian.com/world/2019/dec/05/france-braces-for-biggest-strike-of-emmanuel-macron-presidency 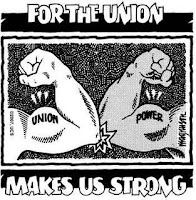 More than 800,000 people have marched in cities across France