The FTSE4Good indices, run by the London Stock Exchange Group’s FTSE Russell subsidiary, are marketed to investors interested in environmental, social and governance issues. Some of the world’s biggest fossil fuel companies, including Russia’s state oil giant Rosneft, have been added to the London Stock Exchange’s “ethical” investment lists. The LSE has refused to remove big polluting companies. The FTSE4Good index rules explicitly ban coal firms, but the company also added Itochu Corporation, a Japanese conglomerate that mines coal. Itochu’s coal-mining subsidiaries made profits of £455m in 2018. However, a loophole in the rules means that this exclusion only applies to firms whose main business is coal production – letting through conglomerates.

The Guardian has previously reported that the FTSE4Good indices contain some of the world’s largest coal miners as well as oil and gas exploration and production companies. The latest publicly available factsheets show that 65 oil and gas companies were already present on FTSE4Good’s emerging and developed markets indices. They included British and French oil “supermajors” Royal Dutch Shell and Total – the sixth and 17th biggest contributors to carbon dioxide pollution in history. Others included Italian supermajor Eni, Canadian oil sands miners Imperial Oil and Suncor Energy, and India’s Reliance Industries, the world’s seventh largest oil company. In a press release this month Italy’s Enel, the 13th largest, trumpeted its inclusion on the index because of its “sustainable business model”.
“Looking at the number of oil companies listed in this index, this looks more like FTSE4Crude than FTSE4Good,” said Rosie Rogers, the head of Greenpeace UK’s climate campaign. “It takes some brass neck to argue that there’s anything ‘ethical’ about investing in the fossil fuel companies driving the climate emergency.”

We live in an interdependent world, and cannot deny how damaging the climate crisis is globally. We have to wake up to the fact that the climate crisis is making society sicker and sicker every day. Our very air has become toxic to breathe. The water we drink has grown polluted and our oceans contaminated. The land is subjected to flood and drought and forest-fires.

The primary cause for climate change is economic growth, primed by corporate greed and the perverse incentives of capitalism. It is absolutely necessary that we revolutionize our economic system. Every one of us, our children and grandchildren, will be affected by this unfolding climate catastrophe. There's a reason why the  financial elite promote a focus on individual behaviour, like recycling.

These forces of capitalism do not want us to realise that we need fundamental system change. They have bought crony politicians, misled the media, and undermined democratic processes so that they can continue to profit, no matter the cost to the environment and humanity.  We are at a crossroads. We either face the very real possibility of civilisation collapsing. Or shift the very basis of our economic system if we are to survive. We must take a stand now.

We can respond to the climate crisis and abolish capitalism. We must rise up together in solidarity. The futility of reforms is no longer an option. Socialism needs to become a revolutionary force for a sane and healthy future for all people and living things. 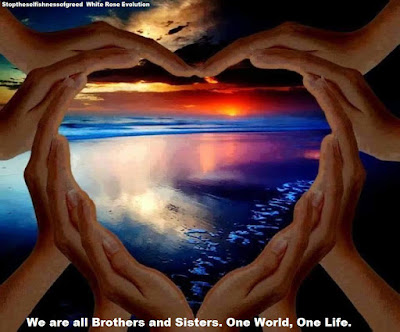 Posted by ajohnstone at 1:37 am