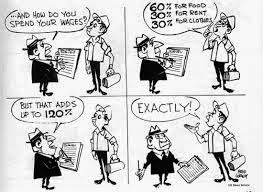 Almost half believe the UK has become less fair since the last election, according to a poll. A majority of people believe the gap between the richest Britons and the rest of the country has a corrosive effect on society and the economy.

Workers intuitive understanding of the their situation has been verified by new research. More than one in four children in the UK are now living in poverty – and the number is rising sharply because of the Government’s harsh austerity measures, Unicef claimed. The Coalition’s performance on child poverty was “disappointing” compared to 18 other wealthy countries that have actually cut down on the issue despite the recession.

Its study that ranked the UK just 25th out of 41 developed nations for allowing the effects of the international economic crisis to hurt vulnerable families. Unicef’s global report found there was an “unprecedented increase” in rates of severe material deprivation – defined by factors including whether families can afford rent, heating and food – in the UK alongside Greece, Italy and Spain.

David Bull, the executive director of Unicef UK, said the majority of the vulnerable children have working parents who are “not being paid enough” and not receiving enough contributions from the Government to escape poverty. He said the report, which tracked poverty from 2008 to 2012, showed a “worrying trend” likely to get worse. “What's important is that we haven't seen the worst of this austerity and its impact.”