Wood for the Trees Competition: a race to where?


At the time of writing the English Summer is, for once, not merely an oxymoron; it has enabled a multiplicity of sporting delights. Tennis at Wimbledon, cricket at Lord’s, motor racing at Silverstone and (not dependent on English weather) world cup football from Russia. Whilst listening to the England v. Panama football match I overheard the commentators debate something which, unusually, is of interest not just to soccer enthusiasts but to those intrigued by the politics of competition. During the committing of one of the game’s innumerable fouls a commentator wearily concluded that the Panamanian team and its supporters could only interpret any such event through biased eyes; his colleague, however, objected to this stating that he believed most of the fouls were obvious infractions of the rules that anyone with any honesty could see. 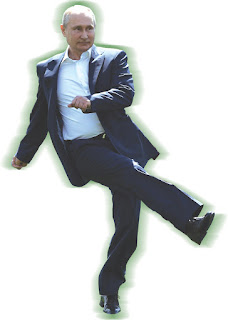 In these cynical times it was refreshing, although somewhat naïve, to hear someone articulating the possibility of a level of objectivity overcoming sectarian bias. He may well have been unaware of the political implications of this insofar as it undermines the ‘my country, right or wrong’ ethos of nationalism/patriotism. We might go further and say that competition itself necessarily excludes any kind of objective fairness. If this is the case then it exempts capitalism from any moral or rational concern for justice because it depends on competition from top to bottom. Can there ever exist something we can call ‘fair competition’?


Competition between nation states, corporations, scientific researchers, academics, artists, politicians and even between individuals is endemic to capitalism. We are told that competition breeds excellence when in reality those who proclaim this will do everything in their power to circumvent the rules to get an advantage over their competitors. So what are ‘the rules of the game’?

Like all forms of competition there is a continual attempt to impose rules that will benefit all those involved by creating a ‘level playing field’. The capitalist class invests heavily in legal frameworks for trade, financial institutions, property ownership and employment but the overriding need to be competitive and thus commercially successful creates a continual tension that often leads to corruption, trade wars, monopolies and militarism; a dangerous contradiction exists between the recognition by the bourgeoisie of themselves as a class with their shared political interests and their need to compete with each other to survive in the cutthroat business environment. The media is full of stories of corporate greed and corruption that focuses on the immoral and illegal acts of individuals (scapegoats) as if, somehow, it is always ‘human nature’ that is to blame rather than the structure of corporate and political institutions. Dialectically we can say that when the quantity of these cases of corruption become so numerous and continual they then become a quality of capitalism itself.

Some may object to this cultural understanding of competition by pointing to ‘nature’ and its inherent struggle for survival. It is a favourite manoeuvre of reactionary ideology to attempt to incorporate Darwin’s theory of evolution in its bastardised form of ‘the survival of the fittest’ to justify economic competition. Any such recourse will however serve to prove the opposite of such an assertion because we are a social species and our success is due primarily to our cooperative abilities. Males may compete for the right to procreate in nature but in a human cultural context we know that the ‘successful’ members of our society are far from being the ‘fittest’ either physically or intellectually – just look at the ‘rich list’. Inherited wealth and status are still the predominant elements of ‘success’ within a capitalist context, that or the dumb luck of winning the lottery. Again those who seek to defend capitalism might point to the sporting elite who have had no advantage other than that of a talent honed by competition. Here we return to how we began with a consideration of the relationship between sport, politics and money.

Ever since the invention of private property we have had wars over its retention and extension between ruling elites. From ancient civilisations we have evidence of the origin of sports being an arena for practising the arts of war. The original Olympic Games provided an opportunity for both competition between Greek city states and a celebration of a shared culture or ‘Greekness’. The individual athletes would be pampered and admired by their ruling classes because they were representatives of the power of the respective states. The modern Olympiad was also motivated by ideas of the world as a community. Inevitably, like everything left in the hands of capitalism, it has become a celebration of the tribalism of nation states combined with the marketing of consumer goods.

Today’s elite soccer players are commodities who are occasionally called upon to masquerade as symbols of national pride in contrast (although a good international performance will enhance their value) to their normal existence as money making machines for the football industry. With all of these pressures it is not surprising that any rules are a remote secondary consideration compared with winning.  Once the phrase ‘it’s not cricket’ could be used as a universal condemnation of any rule bending but now even this bastion of gentlemanly behavior has been witness to the sordid phenomenon known as the ‘professional foul’.

Rules of behaviour (not the logically innate structural and procedural rules) in all areas of human activity are only necessary when pressures exist that create confrontation and potential violence. Competition is one such pressure and that is one of the reasons that socialists believe it should be confined to sports. If identity is dependent on feelings of superiority rather than community we have a recipe for the distress and violence we see around us in capitalism. Another reason is that all of that egotistical infantile energy is so wasteful and counterproductive. If you can imagine a world where competition is confined to the entertainment of sports where its child-like qualities can be embraced with humorous indulgence then you are a long way towards becoming a socialist.