The Social Scarring of Coronavirus 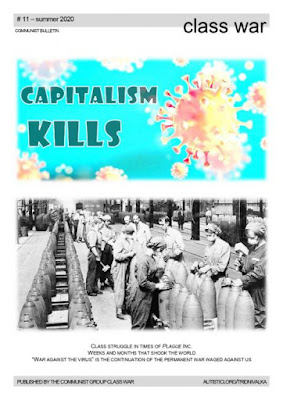 Just as we suspected, a leading thinktank, the Institute for Fiscal Studies said the most vulnerable – those on lower incomes, the young, the least-educated and people from black, Asian and minority ethnic backgrounds – had been hit hardest by the COVID-19 pandemic crisis.

Covid-19 has “cruelly exposed huge variations in how easily we are able to weather threats to livelihoods, to educational progress, to physical and mental health”, the IFS said. “These disparities have been closely correlated with pre-existing inequalities between groups according to their education, income, location and ethnicity – in ways that are often hard to disentangle, but depressingly familiar.”

The report noted that:

The IFS said: “We need to do more to ensure greater economic opportunities for minority ethnic groups, and ensure that they are not consigned to low-paid and self-employed occupations..."
The IFS also said that without targeted support for children who had fallen behind as a result of the crisis, the “huge educational inequalities that existed” before the pandemic were almost certain to get worse.
IFS calls for a fairer UK after Covid brings greater inequality | Business | The Guardian
Posted by ajohnstone at 12:25 am