Far from being the “uncompromising abolitionist” of Ron Chernow’s hit biography and the Broadway musical it inspired, Alexander Hamilton not only owned enslaved people himself “but his involvement in the institution of slavery was essential to his identity, both personally and professionally”, new research Jessie Serfilippi, a historical interpreter at the Schuyler Mansion State Historic Site in Albany, New York, explains

Hamilton has long been thought to have had an antipathy to slavery instilled by a childhood among the brutal sugar plantations of the British Caribbean. Serfilippi, however, writes that “to date, no primary sources have been found to corroborate” the idea.

Serfilippi cites evidence from his account books which suggests that he did, for example a payment of $250 to his father-in-law, Philip Schuyler, for “two Negro servants purchased by him for me”. 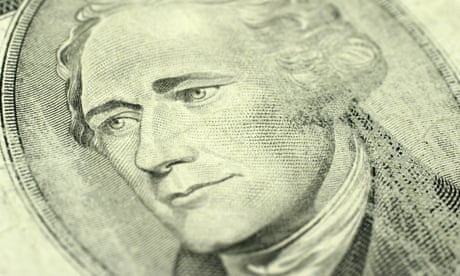 Soldier, financial guru and hip-hop legend: who was the real Hamilton?
Read more