Scum rises to the top 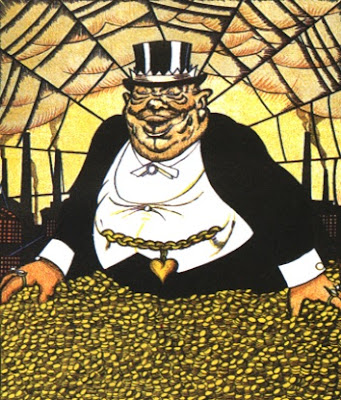 According to an analysis by Swiss bank UBS and consulting firm PwC, billionaire wealth increased to $10.2 trillion through the end of July, setting a new record amid the coronavirus pandemic even as millions of unemployed people fall into poverty. The number of billionaires also rose from 2,158 in 2017 to 2,189 this summer, according to the report.

Health care billionaires saw their wealth increase by 50%. Technology billionaires saw their wealth rise by 42.5%. Billionaires in the entertainment, financial services, materials, and real estate sectors saw increases of 10% or less. Amazon CEO Jeff Bezos has seen his wealth rise more than 60% during the pandemic to $195 billion through late August, according to the analysis. Tesla CEO Elon Musk saw his wealth more than triple to $85 billion over that time frame.

Some executives, like Zoom CEO Eric Yuan and Bezos, have profited from a boom in business caused by the lockdowns. Others have profited directly from government aid distributed to their companies. But most billionaires saw their wealth increase due to rising investments, buoyed by a stock market surge propped up by government assistance.

This is not the first time that billionaires profited while millions suffered.

The Institute for Policy Studies found that the wealthiest 400 billionaires in the US not only recovered from the 2008 recession within three years but increased their wealth by 80% over the following decade. By comparison, the bottom 80% of earners have still not recovered.

The problem has been even worse globally. Between 88 million and 114 million people around the world have fallen into extreme poverty, defined as living on less than $1.90 per day, since the pandemic hit, according to the World Bank. There are now more than 700 million people living in extreme poverty and researchers expected that number to keep rising.