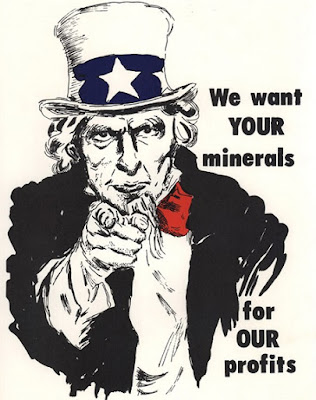 Despite Biden’s rejection of the Green New Deal and his acceptance of fracking, Greta Thunberg, the environment activist, has joined those who recommend voting for the lesser evil.

“From a climate perspective it’s very far from enough and many of you of course supported other candidates. But, I mean…you know…damn! Just get organized and get everyone to vote #Biden,”

The World Socialist Party has taken a clear stand opposing capitalism power’s stranglehold over the lives of the American people. For millions of Americans, today’s world has been a decade of shattered aspirations. Their hopes for securing a higher standard of living, for saving enough to pay for their children’s education and for proving a little more for their retirement are daily crushed by economic stagnation. The November will be the most vicious and racist in modern U.S. history. Working people understand that the choice between the twin lesser evils of the twin parties is no choice at all. In fact, it’s an insult. The political spokesmen for the plutocracy foster an idea which help perpetuate its authority over the minds and lives of the American people. It is that the two-party system is the natural, inevitable, and only truly American mode of political struggle. The two major parties function as the right and left arms of the big bourgeoisie. The Republicans and Democrats are twin parties — fraternal, not identical twins but twins nonetheless.

The electoral system works for those with power in power. It was designed in the 18th century as a compromise between Northern capitalists and Southern slave-owners.  A majority of the Electoral College that actually elects the president. This contradiction brings out the built-in anti-democratic structure inscribed in the U.S. constitution. Today its methods include not just official fraud so prevalent in Florida (and elsewhere), but an array of tricks to keep working-class voters, mainly Black, from voting. But where Is the outrage? bourgeois democracy masks the dictatorship of the capitalist class over the workers. While the contests between Democrats and Republicans reflect differences within the ruling class, the two parties are united in defending the interests of the capitalist bosses at the expense of the working class. As socialists, we supported no bourgeois side in this election. Voting for Democrats or Republicans means supporting both parties’ attacks against the working class. Both bourgeois parties violate their own election laws and engage in obscene spending orgies to win office. In Democratic-controlled districts, they screw Republicans, and the Republicans do the same where they rule. And they join together to screw everyone else. The unquestioning support of the Democrats by labor leaders as well as Black and Latino leaders is exactly the reason the Democrats have gotten away with all of their attacks on workers and oppressed peoples. Far from being the “lesser evil” for workers, for the past eight years the Democrats have been the greater evil that was capable of forcing anti-worker attacks down our throats. Capitalism is a system that offers no future for workers of any color. There is no choice for workers in this election. A third pro-capitalist party is no answer either. And there is not yet a revolutionary socialist party to offer a real alternative. Workers, have been misled again and again by falling into the Democratic Party trap that teaches workers have no power and must rely on benevolent saviors as the so-called lesser evil. The Democratic Party stranglehold will only be broken when the working class regains its confidence and learns that it has the power to fight in its own interests.

Unless we build a mass socialist political party dedicated to overthrowing both the capitalist economic system and the state that defends it we are accepting the rule of the capitalist parties. The working class needs a political alternative that meets the needs of our class and a strategy based on our class’s power. Our strength is not in the November election but in collective struggle. The small numbers of workers who already see the need to get rid of capitalism must begin to build such a socialist party now. More must join the World Socialist Party today if we are to win greater numbers our banner tomorrow. We want to join together in common practical actions today to overthrow the obscene warmongering imperialist system once and for all through socialist revolution.

The 2020 presidential race is between between two senile elderly male white servants of corporate power who oppose Medicare for All, a Green New Deal, free college, defunding police, demilitarization, ending drone murder, ending wars, closing bases, or converting to peaceful industries. Some contest. The reason genuine socialists never support candidates of capitalist parties is that there is nothing more dangerous for the workers than endorsing a class enemy. The idea of supporting even a lesser evil candidate in the U.S. is  unspeakable. We want the working class to become conscious of itself and its power in society. Genuine socialists understand that all political consciousness begins with recognition of the fundamental class division: the working class versus the ruling capitalist class. Success in the class struggle demands working-class independence from all capitalist parties and programs. We openly fight to make our fellow workers conscious of their power and their interests at home and abroad. We openly fight for the overthrow of capitalism and its butchery once and for all. We reject the liberal illusion that equality can be achieved under capitalism. We champion constructing a socialist society. 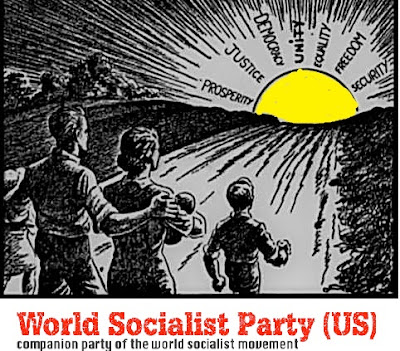