Purdue Pharma - The End of Profit? 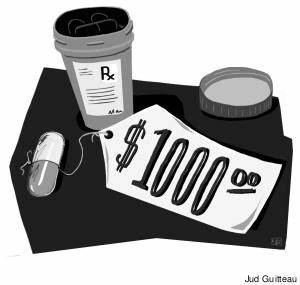 Purdue Pharma, the company that makes OxyContin and other potentially addictive prescription opioids, has agreed to plead guilty to three felony counts and reached a settlement potentially worth at least $8.3 billion with the Justice Department. The deal could clear the way for Purdue to transform from a profit-seeking privately held company into a public trust that serves the public good.

Rather than attempting to get profit-making companies to do the right thing, or hoping that a single ethically marketed drug could win out,  the proposed transformation of Purdue would legally require a major pharmaceutical manufacturer to make public health a higher priority than shareholder profits.

This would, at least in theory, serve two important goals.

First, by legally defining the company’s obligations to public health rather than to shareholders, it would eliminate the kinds of abuses that can result from the pursuit of profit such as marketing that encourages unnecessary or improper use.

Second, by providing addiction treatment at no cost, it would increase access to health care to the sorts of patients – addicted, poor and lacking adequate health insurance – typically ill served or even ignored in today’s system.

But by all accounts, the new trust would still be a for-profit entity.

Indeed, profits from continued sales of pain medicines like OxyContin and addiction treatment medications like buprenorphine and naloxone – estimated by Purdue to be up to $8 billion per year – are crucial as the “payment” Purdue is offering to compensate the public for the company’s share of the costs of the opioid crisis.

In the Purdue settlement, it would have to pursue profits just like the old Purdue. And since all pharmaceutical companies officially declare themselves to be dedicated to serving the public good, how different would it really be? The new trust would still be Purdue Pharma, a company with a well-entrenched culture of maximizing sales and profits.

History does not offer much assurance that isolated public-sector and nonprofit drug-makers can make a big difference in a pharmaceutical system designed for and powered by profit.

Posted by ajohnstone at 3:01 am