Our past powers the future 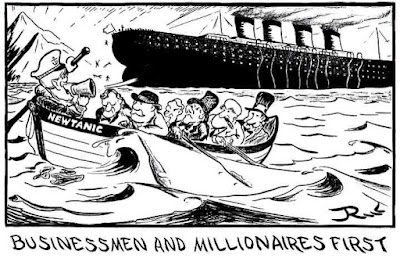 Noam Chomsky thinks this is the most important election in America’s history and we have to boot Trump out of the White House or we’ll end up with a fascist dictator if he is re-elected.

If Trump wins it will be the fault of the third-party voter or those like the World Socialist Party which advocates abstentionism. It rare that the winning president and party ever gets more than a quarter of the votes of the population eligible to go to the ballots. Rather than wonder why, the political commentators would prefer to to dismiss us apathetic. It never crosses their minds all those potential voters might not vote because the two parties  do not have our interests in mind and care nothing about the lives of most of us. They want to ignore the feedback which says the system is simply not working. We recognize the revolving-door of Republican and Democrat presidents doesn’t offer fundamental solutions to all our problems. Vote for whomever you want but whoever your favored candidate is, understand he and his political party are owned by the capitalist class. The only solution is to develop a mass socialist party with a plan to change the system.

The Democratic Party never tire of telling the workers that a Democrat President is God’s gift to them and they ought to be grateful for him.

The Democratic Party resemble the man with his faithful hound who get lost in the woods. No food could be had and the man found himself increasingly very hungry. He looked at the dog and for the first time noticed that it had rather a long thick tail. After some misgivings, he cut off the dog’s tail and made a stew of it. After eating, he threw the bone to the dog. Never in the history of canine loyalty was there a more delighted dog—it felt it had the best master in the world as it gnawed upon its own tail bone.

For working people to ask for a larger share of its own product is to be grateful to their masters’ charity. Why should the workers allow themselves to be dependent on the goodwill of well-fed, well-heeled politicians, whose future is assured by the useless parasites who pay them well for the dirty work they perform? It is easier to get rid of them both than to live with them. That is what World Socialist Party have been saying for years. We deserve your support, and we shall get it when the workers decide to get up off their knees

Socialism is essentially democratic. It means a society of true equality. All people will jointly own the means of production and distribution, and will control them and administer all the affairs of society from that classless basis. Because means must harmonize with ends, the organization for socialism is also democratic. The World Socialist Party reject leadership and censorship; the realization of the interests of the working class lies in full, free and informed discussion. The ruling class does not willingly give such facilities for the development of socialist consciousness and organization. It has to provide them as legal “rights" for the maintenance of its own political system, and their extent varies from country to country. Socialists are aware of the need for scope, and — unlike many foolish people who call themselves “revolutionaries” — avoid jeopardizing the opportunities we have. At the same time, we do not bow down in gratitude to our masters and promise to fight on their side in return for what they have grudgingly given. We compare their “rights” with the freedom socialism offers; when increasing numbers of socialists give us bigger muscles, we shall want more room to flex them.

An alternative name for the World Socialist Party could well be the “Freedom Now” Party. Freedom will not be given to us. We must organize and fight for it. 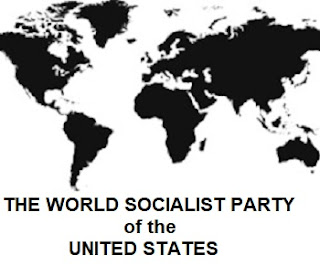