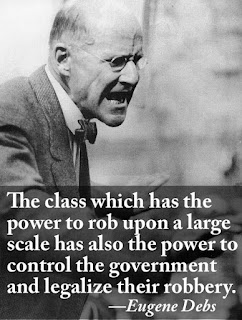 “The United States is also a one-party state but, with typical American extravagance, they have two of them.” - Julius Nyerere, first president of Tanzania

The Democratic Party decided to risk another Trump term to nominating Bernie Sanders despite his popularity and majority support for his policies, Green New Deal, Medicare for All, free public education through college, demilitarization, and massive taxation of corporations and billionaires. Instead they chose to run against Trump a corporate-friendly candidate who was polling more weakly against Trump. Now millions of people have signaled that they will not vote for either rotten candidate on November 3.

Meantime, the Left insist that Trump is the anti-Christ and working people should vote for a lesser evil, a saintly grandfatherly figure such as Biden, and yet begin organizing campaigns to try to save the world from that evil they just recommended you to vote for and hopes to get into office. The World Socialist Party of the United States has maintained its integrity and honesty about both candidates, which has angered our opponents who believe that part of supporting a candidate is lying about him.

If you place trust in a Biden presidency believing in him, his presidency will turn out as disappointing as Clinton’s or Obama’s and lead straight to yet another Republican right-wing as Bush’s or Trump’s victories.

For the Democratic Party, Trump has been the perfect pantomime villain and he has served as the Pied Piper for the Right. The Democrats are aligned with Wall St. And much of their opposition to Trump has merely been media PR stunts without any actual political opposition, hence their support for border security, the defense budget and the Patriot Act, as well as Trump’s foreign policies. Real resistance to Trump, top would threaten the Democrats own cozy relationships with the corporations that fund and run the government. And that’s just not something they’re willing or able to do.

Many on the Left will hold their noses when voting for Joe Biden as the saying goes because the lesser evil is still an evil, especially Biden who has a record of war-mongering, being an errand boy for big banks and facilitating the incarcerations of many thousands with his crime bill. Not only have over the years been given abysmal choices for president but they have grown worse with time. It is the ability of industrialists and financiers to buy Republican and Democratic politicians and their control over the news media to choose the campaign issues. The Democratic Party leadership obeys the wishes of its corporate benefactors. Who pays the piper calls the tune. Sanders, a liberal in the tradition of FDR and not actually a socialist (despite what he calls himself) was easily beaten in his two attempts to become the Democratic Party nominee. Many Democrats would have followed the example of Blairites in the British Labour Party who would rather have Tory government than a have Jeremy Corbyn as Prime Minister. Even if Sanders had somehow managed to become President, the corporate Democrats with the enthusiastic assistance of the Republicans would undoubtedly have undermined him and defeated his policies.

The American Republican-Democrat duopoly is foolproof way keeping power with Wall St. And it is helped by an anachronistic hopelessly out of date Constitution. Has it never occurred to American the general unwillingness of Democrats to amend the Constitution, to make the Electoral College more reflective of the actual will of the voters? Most any other system would be more democratic but replacing it with a more representative proportional multiple-party system would require fundamentally changing political structures. Not totally democratic as  as capitalism’s built-in inequalities and power imbalances can’t be wished away but must be eliminated through the construction of a better world. However, it would be a be at least an improvement.

The ultimate reason for the two-party system winner-take-all electoral process is that it was designed by the privileged few to serve the privileged few.  It may offers the illusion of democratic choice, in contrast to a one-party system but if the candidate standing for one of the parties is objectionable, then our choice is between the “lesser of two evils.” Voting for a party or an individual becomes a sterile exercise in ensuring the other side doesn’t win. The election campaign strategy is to attract away voters from the other party, thereby encouraging the parties to draw closer to one another, lessening differences between them. The importance of the candidates’ character and personality comes to the fore, blurring political principles.

The Democratic Party and the Republicans may compete fiercely against one another to win elections and that is because they represent different groupings within the capitalist class. But they still remain accomplices and collaborators for their masters on the many issues that the ruling class are at one.

If we are to ever have elected bodies that are responsive to non-manipulated popular will we must overthrow capitalism itself.