How our news is decided.

Virtually every aspect of the Syrian opposition was manipulated and marketed by Western government-backed public relations firms, from their political narratives to their branding, from what they said to where they said it. Virtually every major Western corporate media outlet was influenced by the UK government-funded disinformation campaign exposed in the trove of leaked documents, from the New York Times to the Washington Post, CNN to The Guardian, the BBC to Buzzfeed. UK government contractors developed an advanced infrastructure of propaganda to stimulate support in the West for Syria’s political and armed opposition.

UK-funded PR firms  produced their own propagandistic pseudo-news for broadcast on major TV networks in the Middle East, including BBC Arabic, Al Jazeera, Al Arabiya, and Orient TV.  Contractors trained and advised Syrian opposition leaders at all levels, from young media activists to the heads of the parallel government-in-exile. These firms also organized interviews for Syrian opposition leaders on mainstream outlets such as BBC and the UK’s Channel 4. More than half of the stringers used by Al Jazeera in Syria were trained in a joint US-UK government program called Basma, which produced hundreds of Syrian opposition media activists. Mainstream corporate media outlets misleadingly portrayed Basma as a “Syrian citizen journalism platform,” or a “civil society group working for a ‘liberatory, progressive transition to a new Syria.'” In reality it was a Western government  operation to cultivate opposition propagandists.

One contractor, called InCoStrat, said it was in constant contact with a network of more than 1,600 international journalists and “influencers,” and used them to push pro-opposition talking points. Many of the Western-backed opposition groups in Syria were extremist Salafi-jihadists. A government contractor, ARK, crafted a strategy to “re-brand” Syria’s Salafi-jihadist armed opposition by “softening its image.” ARK created a complex PR campaign of the Supreme Military Council (SMC), the leadership of the official armed wing of Syria’s opposition, the Free Syrian Army (FSA) in order to distinguish itself from extremist armed opposition groups and to establish the image of a functioning, inclusive, disciplined and professional military body”, a whitewash of Syria’s armed opposition, which had been largely dominated by Salafi-jihadists

ARK boasted that it provided opposition propaganda that “aired almost every day on” major Arabic-language TV networks. ARK played a central role in developing the foundations of the Syrian political opposition’s narrative. In one leaked document, the firm took credit for the “development of a core Syrian opposition narrative,” which was apparently crafted during a series of workshops with opposition leaders sponsored by the US and UK governments. ARK developed opposition spokespeople, taught them how to speak with the media.

ARK was boosting followers and views on the Facebook page for Idlib City Council. The Syrian city of Idlib was taken over by al-Qaeda affiliate Jabhat al-Nusra, which then went on to publicly execute women who were accused of adultery.

This enormous ARK propaganda operation was directed by Firas Budeiri, who had previously served as the Syria director for the UK-based international NGO Save the Children. In the final year of ARK’s Syria program – the firm billed the UK government for a staggering 2.3 million pounds.

A leaked UK Foreign and Commonwealth Office report from 2014 reveals a joint operation with the Ministry of Defence and the Department for International Development to support “strategic communications, research, monitoring and evaluation and operational support to Syrian opposition entities.” The UK FOC stated clearly that this campaign consisted of “creating network linkages between political movements and media outlets,” by the “building of local independent media platforms.”

A 2017 government document explains clearly how Britain funded the “selection, training, support and communications mentoring of Syrian activists who share the UK’s vision for a future Syria… and who will abide by a set of values that are consistent with UK policy.”

In other words, the UK Foreign Office and military crafted plans to wage a comprehensive media war on Syria. To establish an infrastructure capable of managing the propaganda blitz, Britain paid a series of government contractors, including ARK, The Global Strategy Network (TGSN), Innovative Communication & Strategies (InCoStrat), and Albany.

The British contractor TGSN, which worked alongside ARK, developed its own outlet called the “Revolutionary Forces of Syria Media Office (RFS).” The UK government-backed RFS media office offered to pay one journalist a  $17,000 per month to produce propaganda for Syrian rebels.

InCoStrat served as a liaison between its government clients and the Syrian National Coalition, the Western-backed parallel government that the opposition tried to create. InCoStrat advised senior leaders of this Syrian shadow regime, and ran the National Coalition’s own media office from Istanbul, Turkey. InCoStrat said it helped plant its own Syrian opposition activists in BBC Arabic reports. InCoStrat boasted that its reporters organized interviews with many armed opposition militias, including the al-Qaeda affiliate Jabhat al-Nusra.

Albany with an extensive local network of over 55 stringers, reporters and videographers” to influence media narratives and advance UK foreign policy interests helped create an influential Syrian opposition media outfit called Enab Baladi. Founded in 2011 in the anti-Assad hub of Daraya, at the beginning of the war, Enab Baladi was aggressively marketed in the Western press as a grassroots Syrian media operation. In reality, Enab Baladi was the product of a British contractor that took responsibility for its evolution “from an amateur-run entity into one of the most prominent Syrian media organizations.” Albany coordinated communications between opposition media outlets and extremist Islamist opposition groups, linked to al-Qaeda. In 2014, Albany boasted of running the Syrian National Coalition’s communications team at the Geneva Peace talks.

This is all a reminder of the leading role that Western states and their war-profiteering companies play in the carefully orchestrated destruction of a country. 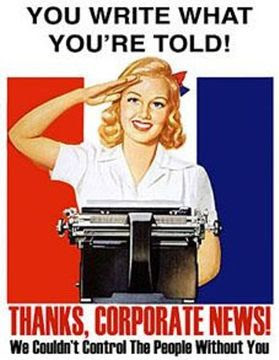 Posted by ajohnstone at 2:58 am