Class warfare goes on and on and on 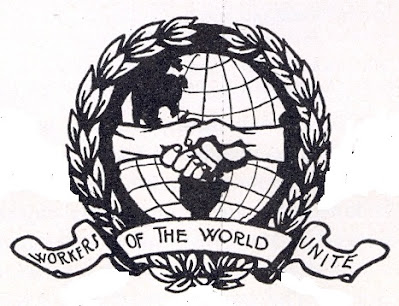 The Netherlands, had no less than seven of its corporations listed among companies violating workers’ rights. Those were not necessarily isolated instances. The report said, “In the Netherlands, unions observed an increasing trend to shift from sectoral agreements to company agreements with the intent of minimising labour costs in return for employability. Companies often used the competitiveness and employability argument with their employees to incite them to accept lower conditions of work at the enterprise level. In addition, companies, including Ryanair, Transavia, Jumbo Supermarkets, Gall & Gall, Action and Lidl supermarkets, tended to circumvent collective bargaining with representative unions.”

The Netherlands was one of only 12 countries which managed to be listed in the Index’s top ranking, the countries that are merely “sporadic” violators of rights. If that represents one of the “best” of conditions for working people,  it reflects a continuing pattern of class warfare.

The United States, which loves to hold itself up as an exemplar of democracy and civil rights, is among the lowest-ranking countries — the U.S. has consistently had a ranking of 4 for “systemic” violations. The International Trade Union Confederation, in supplemental materials discussing U.S. violations, noted that the National Labor Relations Board has made a series of anti-union rulings, including allowing retaliation against striking Wal-Mart workers, while U.S. law permits anti-union discrimination, restricts workers’ rights to form unions of their own choosing, and places severe barriers against union organizing.

The United Kingdom is ranked in the middle. The report’s discussion of Britain reported “the number of people employed on a stand-by basis, ‘zero-hour contracts,’ at between 200,000 to 250,000 which demonstrates the prevalence of underemployment in the UK. Under these contracts employees have to be available for work but are not guaranteed a minimum number of hours. These contracts create income insecurity for workers and also undermine family life.” Additionally, the report noted multiple barriers to British union organizing.

Canada is no paradise despite the image its governments like to project. The report noted that in Canada there are many categories of workers, ranging from domestics to professionals, barred from organizing, and there are severe legal restrictions limiting the right to strike.

The report states that violations of workers’ rights are at a seven-year high. Direct attacks on unions highlight the degradation:

“The trends by governments and employers to restrict the rights of workers through violations of collective bargaining and the right to strike, and excluding workers from unions, have been made worse in 2020 by an increase in the number of countries which impede the registration of unions — denying workers both representation and rights. … A new trend identified in 2020 shows a number of scandals over government surveillance of trade union leaders, in an attempt to instil fear and put pressure on independent unions and their members.”

* 85 percent of countries violated the right to strike.

* 80 percent of countries violated the right to collectively bargain.

* Workers were arrested and detained in 61 countries.

The global pandemic has only made conditions worse:

“These threats to workers, our economies and democracy were endemic in workplaces and countries before the Covid-19 pandemic disrupted lives and livelihoods. In many countries, the existing repression of unions and the refusal of governments to respect rights and engage in social dialogue has exposed workers to illness and death and left countries unable to fight the pandemic effectively.”

The International Labour Organization estimates that more than 470 million people worldwide were unemployed, underemployed or “marginally attached to the workforce” in a report issued in January 2020, with 2 billion people (61 percent of the global workforce!) informally employed. That report was issued just before the Covid-19 pandemic took hold, triggering a dramatic economic crash that had been overdue, thanks to the instability of capitalism that regularly causes downturns. Inequality and lower pay are endemic around the world, and the costs of housing, because it is a capitalist commodity, rises far faster than incomes. The continual imposition of austerity on working people contrasts dramatically with the trillions of dollars thrown at financiers and industrialists since the pandemic began.