Choose Yourselves, Not the Lesser Evil


Both the Democrats and Republicans are cut from the same cloth. They are both political parties of the capitalist class, of the ruling class, of the boss class, This class does not want economic, political or social equality for working people. Whatever disunites the working people strengthens the ruling class. Its policy has been, is and will be to divide and rule. Both Trump and Biden represent the same class of capitalists, rulers, bosses. Whatever the differences between the candidates may be, they are superficial compared with this basic likeness. It is well to remember that the parties in power, whether Republican or Democrat, have always been the bosses’ willing tools. What Americans needs is a party entirely free from all capitalist, ruling class, boss influence – a world socialist party. Don’t choose sides. Neither candidate or party deserves your respect or your votes.

Our system functions on behalf of the wealthy. Voting for either of any of the candidates is a vote to continue the corruption and destruction of future generations. The members of the World Socialist Party of the United States does not believe in a fairytale that either of these crooked politicians will save us. If you agree write on the ballot, “world socialism.” Doing so will allow us to to calculated how many of our fellow-workers are aware that we need to throw out all of those in government and establish a society that works for 100% of it’s people.

This is not a sporting event and we are not shouting for our team. We are selecting a person to lead us into a world where people are equal, regardless of the nationality, religion or color. What is important is that we vote with our conscience and we know that this is the time for change.

No program of either the Republicans or Democrats can be honest.  It cannot be, for if it were it would have to state openly its defense of the hideous system of misery and exploitation. In this system workers support when when vote the Democratic or Republican ticket, the perpetuation of a system under which you haven’t a tool they can call their own. They are compelled to compete against each other for the sale of their labor-power. Isn’t it strange, by our votes, that we tolerate a system in which that produces all the wealth is poor, and the class that produces nothing is rich?

The World Socialist Party is the political expression of the labor movement; the World Socialist Party is the only party ever organized to vow itself the party of the working class; it is the only party organized for the benefit of the working class. The World Socialist Party is the only party that declares to the world that to the workers belongs the all the machinery and technology they use. After all you made them, why shouldn’t you not own them and employ yourself and be master of your own jobs and enjoy the fruits of your labor? Why should you produce the hundreds of millions of dollars for the pirates of Wall Street? Why shouldn’t you produce wealth for yourself and build comfortable homes for yourself? You workers build all the palaces — all the beautiful residences are built by you. do you live in them? No. You build them all, but your masters live in them, the masters who exploit you for what you produce. We challenge any person to show us the difference between the Democratic and Republican parties from the working class point of view. They both stand for the private ownership of this nation’s industries; they both stand for the capitalist system; they both stand for the exploitation of the working class, and whether one or the other is in power, your condition remains the same. What excuse can you give for voting to perpetuate a system — and both the Democrats and Republicans stand for the same — by voting for a system under which you are robbed and impoverished and enslaved. Everyone has the right to work without a master.

The World Socialist Party is the only party that urges you to develop your own clear thinking. Fellow-workers, you have brains, as well as hands and bodies, and if you refuse to use your brains, you have only yourself to blame. 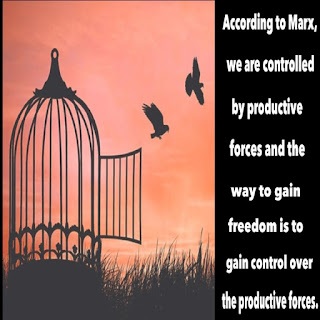