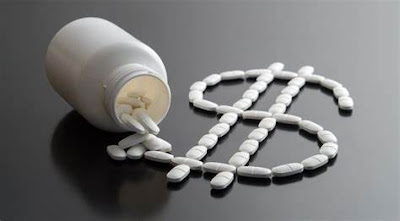 Since launching Revlimid in 2005, Celgene raised the price of the drug 22 times

Obviously, the pill must have gotten better and/or the demand has diminished for the pill!

In fact, Alles admits that a lot more uses for the pill were discovered, meaning a ton more patients, and nothing about the pill or its efficacy has changed. So why is the price going up? Why is Medicare paying out $3.3 billion for Revlimid?

Alles made $13 million, which is "200 times the average American's income and 360 times what the average senior makes on Social Security."

And Alles gets big bonuses if he raises the cost, say triples the cost since 2005, of Remlivid.

Pricing decisions made by Celgene executives were driven almost exclusively by the need to meet company revenue targets and shareholder earnings goals.

Celgene highlighted that the U.S. government is prohibited from negotiating directly to lower prices for Medicare beneficiaries. With the federal government unable to negotiate, Celgene targeted the U.S. market for price increases while maintaining or cutting prices for the rest of the world. One presentation described the U.S. as a “highly favorable environment with free-market pricing.”  The federal government’s inability to negotiate for a lower price of Revlimid has placed a significant burden on the U.S. health care system and cost taxpayers billions of dollars. From 2010 to 2018, Celgene collected $17.5 billion from Medicare Part D. In 2018 alone, Medicare Part D plans and beneficiaries spent more than $4 billion on Revlimid—the second-highest expenditure of any drug that year.  Celgene paid no negotiated discounts to Medicare Part D plans, and the largest discount it paid in the commercial market was only 5%. Celgene’s average net price per unit of Revlimid—the price of the drug after removing such rebates, discounts, and fees—increased each year the drug has been on the market.

Celgene suppressed competition by abusing a government-mandated safety program. Celgene emphasized that it could use the program for the “prevention of generic encroachment.” Celgene also excluded competition by leveraging the U.S. patent system, which Celgene described internally as being far more protective of its monopoly pricing than patent systems in the rest of the world. Celgene’s anticompetitive tactics are estimated to cost the U.S. health care system more than $45 billion through 2025.

Celgene relied heavily on taxpayer-funded academic research to develop Revlimid, and its internal pricing decisions appear to have been unrelated to past or future investment in research and development. Internal documents suggest that Celgene may have leveraged the high price of Revlimid to inhibit other companies’ cancer research. In discussions about another company, one executive wrote, “Making them spend a lot more on their trials puts financial constraints on their ability to simultaneously fund lots of trials.” Another executive agreed, writing, “Anything we can do to hamper their development would help.”

During President Trump’s first term, drug companies have continued to aggressively raise prices. A recent report found that drug companies have raised list price of over 600 single-source brand name drugs by a median 21.4% between January 2018 and June 2020

Posted by ajohnstone at 2:19 am