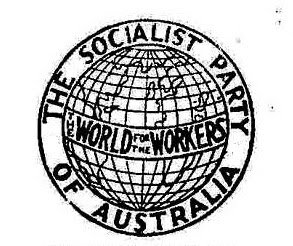 Projected population growth for Australia is 600,000 fewer people in 2022  than had previously been estimated.

“The arc of our nation’s history is bending before our very eyes – a smaller and older Australia awaits us,”  economic consultancy Deloitte Access Economics latest quarterly business outlook has reported. “That loss of migrants will have impacts for many years; it weighs on the pace of recovery, slowing everything from housing construction to the utilities. And, combined with a slumping birthrate, it will change the outlook for school numbers.”

Deloitte is not alone in its predictions – the Treasury, based on an assumption the international border would reopen by late 2021, predicted Australia would have 1 million fewer people than anticipated in two years time.

Australia has relied on population growth – mostly through migration – to shore up economic growth for the past three decades.

That not only means changes to infrastructure and growth plans – it also cuts down on the amount of revenue governments across the country had anticipated on receiving, putting increased pressure on already stressed red-line budgets.

Australia’s existing population includes about five million baby boomers. Younger migrants of working age have traditionally been used to boost the workforce as the older generation retires. Deloitte forecasts the absence of migrants from the labour force will “cut into longer-term growth relatively more than just the overall slowing in growth might suggest”. Deloitte predicts Australia’s net migration arrivals will shrink by 20,000 in the 2020-21 financial year and only increase by 20,000 the next.

And that is the best-case scenario, based on predictions the rest of the world, not just Australia, will have a handle on the coronavirus sometime in the next year.

Combined with a slump in the domestic fertility rate (a downward trend Treasury predicts will continue for the next decade), Australia is looking at a substantially older population than was forecast just a year ago. The substantial drop in migration will further compound Australia’s birthrate – fewer migrants also means fewer mothers giving birth.

“That’s two-thirds of a million missing Australians,” the analysts said.