Anti-semitism on the rise in Germany 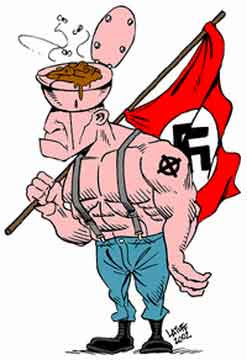 The head of Germany's domestic security agency has warned that Jews in Germany are facing increasing levels of anti-Semitism.

"In the past two years, criminal offenses, including acts of violence, against Jews and Jewish institutions in Germany have increased significantly," the head of Germany's domestic security service, the Federal Office for the Protection of the Constitution (BfV), Thomas Haldenwang said.

The danger especially comes from radicalized "lone wolf" attacks, said Haldenwang. Haldenwang said radicalization follows a similar pattern among right-wing extremists, Islamists and other groups, who blame their personal problems and shortcomings on others.

"These are often difficult personal relationships, failures at school and at work," he said. "These people blame minority groups for their desolate situation in life and then slide toward extremism."