Against the Capitalist Government of the United States 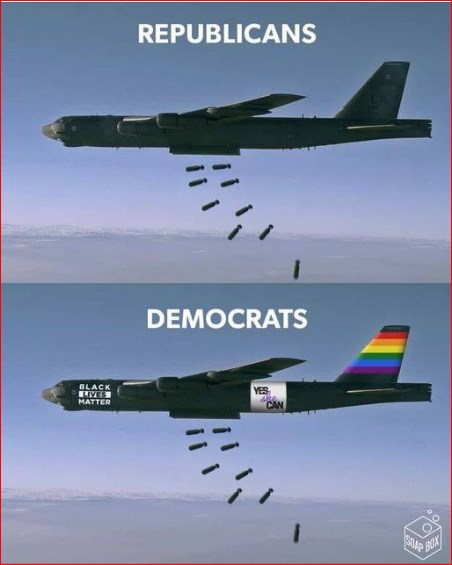 What is the role and purpose of the American president? To stabilize the system of exploitation and maintain the economic power of the class that owns and controls the means of production. It is well to remember that.

Once again, as has happened so many times in American history, the issue of political corruption in the highest echelons of the government has come to the fore. It is of no use for the World Socialist Party of the United States to simply join the cacophony of loud and discordant voices calling for removal of Trump and his accomplices in government and accuse them of of criminal misconduct. Our concern is to reveal the relationship of crime and corruption to capitalism in general. The goal of the WSPUS is to tear away the veil of secrecy and factional politics and bring out the real issue.

Biden and Trump who are respectively the chosen or self-appointed spokesmen for their political parties may have widely different opinions on many issues but upon economic questions affecting the present social order they are at one. They represent the capitalist system and they stand or fall with capitalism. The issues which divide the capitalist political camps are merely quarrels between rival groups of capitalists over the division of the spoils which they have expropriated from the workers. As workers, we are no more interested in the outcome of these political squabbles than we would if two hold-up men had robbed us and then fell-out over the split of the haul. What are the issues about which the Republicans and Democrats are fighting? Do they mean anything to you?

The lords of Big Business are seeking ways and means to undermine and destroy the workers’ own organizations, the trade unions. They want to convert the workers into helpless serfs, unable to defend their hard-won rights and living standards. To defend itself with its united power in every field where it is attacked, labor must break for all time with the capitalist political parties, the Democrats and Republicans, and every type of boss politician. There are no “friends of labor” in the capitalist parties. The capitalists control the media. They control the politicians. They control the schools, colleges, and churches. They let you vote because they know that through their control of the means of information they can make you vote for what they want, and that no matter which way you vote, their right to rob you will be protected. The government is merely a big machine to help the capitalists keep their system of private ownership of the industries and natural resources, through which you are oppressed and exploited. The government is built to do the work of the capitalists. The laws which are made protect the capitalist interests. The government protects the capitalists no matter which party is in power. It cannot help you. It is intended only to hold you down, so that the capitalists can continue to make big profit for themselves out of your work.

No capitalist politician dares to lift a finger to challenge the Wall St. Corporate wealth controls the government of this nation. The corporations will continue to write our laws to please its share-owners and investors. The World Socialist Party intends to supplant corporate wealth by common wealth. That means common ownership by the people and democratic control by their communities. There is no hope for a new and better world except through the achievement of socialism, a world of peace, freedom and plenty for all.

The World Socialist Party calls upon fellow-workers to join us in the overthrow of capitalism through capturing the powers of government and transferring the ownership of the world from capitalism to socialism. It points out the staggering burden of militarism, the colossal fraud and  indescribably corruption of capitalist business, the cant, the chicanery, and the hypocrisy of capitalist society. Our aim is not to reform the evils of the day, but to abolish the social system that produces them, that is why the World Socialist Party is organized. It is the party, not of reform, but of revolution.