We live in an age of inhumanity. 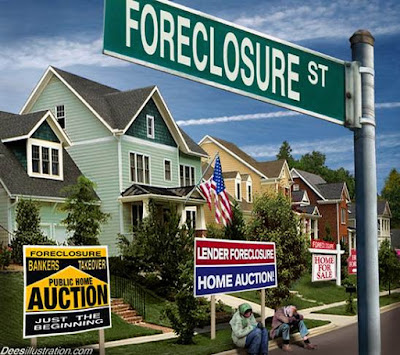 Socialists were concerned with enlarging and developing the individuality and the potentiality of every human being. The Chartist Bronterre O'Brien coined the phrase ‘social democracy’ by which he meant democratic participation as distinct from mere voting rights.

The Republocrat partnership appears as immutable and irremovable. However, the two-party system is not immortal. It had a beginning and will have an end. Nothing dictates that there must be two parties, no more, no less.

The duo-poly rests on duplicity. At elections  the candidates of the two parties masquerade as servants of the peoples’ welfare in order to solicit votes and win office. However, to secure finance for campaigning and to stay in office Democrats and Republicans alike must do the bidding of business interests on all major questions of foreign and domestic policy. In contrast, socialism is explicitly working class in its social basis, programs and proposals. It focuses upon replacing capitalism with a new form of economic and political organization based upon social rather than private ownership. It is not merely suggesting palliative reforms but anti-capitalist in essence. Socialists are completely divorced themselves from the Democratic and Republican and declares war upon them. Socialists are opposed in principle and in practice to any participation in the two-party system. They are for independent class politics. Socialists offer no support to any political representative of the  ruling class. Reformists do not urge working people to climb out of the two-party swamp. Instead they have become totally immersed in it.

The endorsement of FDR’s New Deal by Biden, Sanders and other progressives is a formula for back-handed and shamefaced support of capitalist party candidates,  enmeshed in coalition politics. Progressive, liberal reformism is impotent. The opportunistic practitioners of the “lesser evil” argue that an independent socialist movement is ineffectual because most people are not ready to support it. By abandoning independent working class action the likes of the DSA and TYT seek to swim like minnows behind the capitalist sharks of the corporate Democratic Party. They demoralize and distract radicals who have lost sight of the tasks of socialist political action. They discredited themselves and weakened their organizations, denying many dissenters who are disgusted with the Trump administration to look beyond Biden. Where, when and how will they hear the authentic voice of socialism. Elections are the exact time when they can learn about the liberating ideas of socialism from its genuine proponents instead of listening to contented and corrupted pro-capitalist liberals and reformists. The present problems and current difficulties facing our fellow-workers urgently call for the renewal and reinforcement of the revolutionary alternative and a fundamental socialist transformation of society.

The Republicans and the Democrats share a common loyalty to the capitalist system.  Both offer the working-class of the world only more wars, oppression and exploitation. Whoever wins the presidency, the capitalists will  sacrifice the working class to maintain their profits. They will foster divide-and-conquer racism and national chauvinism using identity gesture politics. Trump has made tax cuts and corporate welfare for the boss class his priority. Biden, on the other hand,  casts himself as the candidate of “change” and speaks of the plight of working-class and poor people with more apparent concern than his rival. But their respective allegiance to Wall St far outweigh their differences. Both Trump and Biden favor keeping American troops in foreign wars. Neither advocates a decent health care for all, since both defend the profiteering role of private insurance companies.

It is a tragedy that in this election the working class is confronted yet again by a choice between two anti-working class parties and no socialist alternative. We in the World Socialist Party of the United States (WSPUS) wish we could participate ourselves and draw attention to real political questions in a campaign not promote illusions in reforming the system but to expose pro-capitalist policies.

The WSPUS aims to overturn the profit system and set about building a cooperative world of abundance and freedom for all. Our goal is the creation of a world movement of socialist revolution, and the construction of a revolutionary organization in America as the companion party of it.
Posted by ajohnstone at 12:00 am