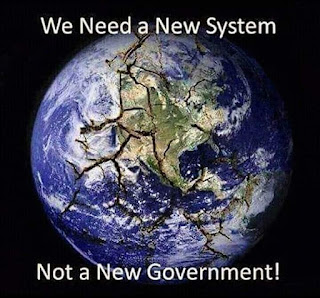 Ice sheets in Greenland and Antarctica are melting at a rate which matches climate scientists’ worst-case scenario forecasts. The worst-case scenario is “lots of places will be covered by lots and lots of water by the end of the century”, said glaciologist and study author Jonathan Kingslake.

Melting of ice in Greenland has pushed the world’s oceans up by 10.6mm since the sheets were first monitored by satellite in the 1990s, while Antarctic ice has contributed a further 7.2mm, according to a study by scientists at the University of Leeds and the Danish Meteorological Institute. The latest measurements show the world’s seas are now rising by 4mm each year.

“Although we anticipated the ice sheets would lose increasing amounts of ice in response to the warming of the oceans and atmosphere, the rate at which they are melting has accelerated faster than we could have imagined,” said the study’s lead author, Tom Slater, a climate researcher at the Centre for Polar Observation and Modelling at the University of Leeds. “The melting is overtaking the climate models we use to guide us, and we are in danger of being unprepared for the risks posed by sea level rise,” he added.
Anna Hogg, study co-author and climate researcher at Leeds university’s School of Earth and Environment at Leeds, said: “If ice sheet losses continue to track our worst-case climate warming scenarios we should expect an additional 17cm of sea level rise from the ice sheets alone. That’s enough to double the frequency of storm-surge flooding in many of the world’s largest coastal cities.”
But Ruth Mottram, climate researcher at the Danish Meteorological Institute, said: “It is not only Antarctica and Greenland that are causing the water to rise. In recent years, thousands of smaller glaciers have begun to melt or disappear altogether, as we saw with the glacier Ok in Iceland, which was declared ‘dead’ in 2014. This means that melting of ice has now taken over as the main contributor of sea level rise."
A separate study published last week by US researchers warned global warming threatened to rapidly destroy Antarctic ice shelves with “huge implications for sea level”.
Rising temperatures could push meltwater into fractures in the shelves’ surface, making them vulnerable to collapse, warned scientists at Columbia University’s Lamont-Doherty Earth Observatory.
https://www.independent.co.uk/environment/climate-crisis-ice-sheets-melting-global-warming-greenland-antarctic-a9699921.html
Posted by ajohnstone at 3:00 am