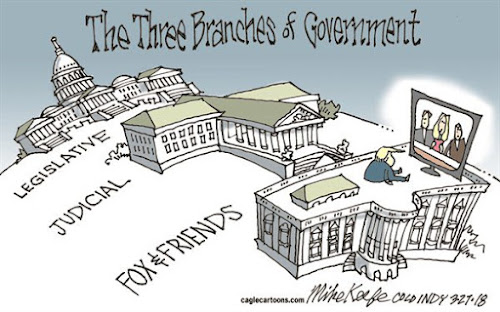 The political finagling and shenanigans of both major parties and their failure to solve vital problems for the people because of loyalty to capitalist profits and interests, have left a mark on the people. The World Socialist Party of the United States say working people can be broken of their Tweedledee and Tweedledum political habit. The Democratic and Republican Parties are themselves only factions of Wall Street’s party, maintained by the wealthy to oppose labor’s interests and to advance the interests of the wealthy, at home and abroad. The maintenance of the capitalist two-party system and its ability to mislead the people depend in large measure upon deception, upon the fiction that there are major and decisive differences between the Republicans and Democrats. Both parties unite in shackling the union movement, in placing the costs of government on the workers’ backs. What more could the rich have received and the poor have suffered in recent years had a Democrat rather than a Republican had been in office? Today the political parties of big business are united on one program: to place squarely upon the backs of the workers the burden of the recent pandemic and militarism’s spending.

“If we don’t elect Tweedledee, then Tweedledum will be in the White House,” the shills of the two parties scream. As though that would make any important difference in the policies of Wall St. The needs of Big Business always comes first with both parties. The individual personality of a president is unimportant to the capitalists, demented Don or dementia Joe. The cycle can be broken only by the workers themselves. The Democratic Party is a capitalist party, not one little bit different from the Republicans.  Trump is a capitalist candidate, Biden is a capitalist candidate. Both parties are run and controlled by big business men and big bankers. These corporate magnates don’t appear on the convention floor. They don’t like to be seen because if they show themselves the little people and the workers will get wise and find out who runs the country. They sit behind the curtain like the Wizard of Oz in Emerald City Of course, there are some important differences between the two parties, but these are differences over which elite can best run the profit system. They split their support and donations between the Republican and Democratic Parties. The levers of power in Washington are interlocked.

There is no need in the world today for hunger and misery in any country and among any of the world’s populations. The capitalist countries of the world are equipped or can be equipped to feed, clothe and house the whole world in comfort and plenty. Capitalism has demonstrated that there is no need for want and misery. When they wanted guns, ships, tanks and planes for their imperialist war they produced them. When they wanted food for war purposes the food came forth. When money was needed to finance their foreign wars in Iraq and in Afghanistan the money was found – billions and billions of dollars of it. Doubtless the two parties differ but this is largely a matter of degree, not of any serious ideological separation, not of any fundamental cleavage. But for sure, the business of government has become the biggest of all businesses, and there is a genuine rivalry in determining who shall have the right to its profits.

More importantly, elections are a major means for spreading illusions and preventing people from understanding what the true issues of modern society actually are. Exaggerating the appearance of differences between the two parties aids the possessing class in sustaining the belief that it is a vital question for them whether the next administration is Republican or Democratic. Thus the voters are hindered from learning that the only political struggle of real importance for them is the struggle not against one or another of the parties, but against capitalism itself in its entirety and the struggle for the overthrow of the state. But for increasing numbers the puppet show is becoming too unconvincing.

Trump is not a classical fascist. He doesn’t have an organization like the Brown Shirts to go after his opponents and enemies although some say he incites proxies such as the Proud Boys and 2nd Amendment Militias. His rallies demonize the “other” that can lead to violence. Trump is distinctive in that he is not religious but he appeals to the evangelical right-wing anti-abortionists. Declaring that he’s a man of the people, this billionaire’s appeal uses economic anxieties. He plays on working-class whites’ victimhood. He even denounces his own class including Big Business and Wall Street, not that he means it. There is a world of difference between Trump and the interests he represents and the millions of people who vote Republican.

The World Socialist Party is a revolutionary socialist party. We believe that the great problems faced by working people are because of this rotting capitalist society which has outlived its usefulness. We propose, for example, to reorganize the whole production system. The capitalist parties have not protected labor. They have united to shackle the unions, to deny the people decent housing, to send prices sky-high, to involve the nation in war. Labor must protect itself politically, and this requires that labor build its own socialist party. We ask our fellow-workers who actually are the donkeys and the elephants?