A sanctuary or an internment camp? 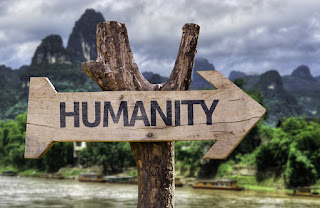 13,000 refugees and migrants including about 4,000 children are again without shelter when Moria as Europe's largest migrant camp burned to the ground on Tuesday. Survivors of the fire are once again displaced to become a political football to be kicked about. Food and water distribution is scarce. There are no toilets to speak of and that's not even mentioning protection from the coronavirus.
"We are dying of hunger here, we have nothing," Scotti Kele, "When I was in my country, Congo, and people spoke of Europe, I thought of human rights. But from what we see here, I don't think Europe exists anymore. Look at the conditions our children are in. This is living hell."
Moria was  four times over its capacity,  the vast majority were fleeing war and persecution and dire poverty, as the rest of the EU procrastinated in coming to the assistance of Greece and the Lesbos islanders.
In Berlin, about 3,000 people demonstrated under the slogan, “We have room”, on Wednesday evening, condemning Moria as a “camp of shame”, decrying the EU's pledge to re-settle just 400 children.
Tension with local people are understandably rising, with some local residents blocking roads to stop charities delivering aid to the migrants. Hospitality is running out after years of being host to the internment camps.
"Enough is enough: they must leave Greece," said Rafail Tsolakis. "We cannot coexist with these people. It's us or them."

This is a humanitarian crisis caused not by an accidental fire, war or natural disaster but by political decisions.  Fear and frustration was felt by the people interned in the camp,  children living afraid, alone and unprotected, developing severe mental health conditions; people unable to access medical care; pregnant women afraid for themselves and their unborn children; torture survivors imprisoned wrongly for reasons they did not understand; in a struggle for survival – from finding shelter and navigating the often violent “food lines”, to finding water; negotiating the labyrinthine asylum procedure was nearly impossible without a lawyer, of which there were far too few. A lack of information on arrival, a lack of access to legal aid and a lack of understanding the asylum system was the norm.

Five years ago, when the construction of a refugee camp at Moria was being planned, a local army officer asked to assess the site, surveying the hillside location and warned the authorities they were going to "build a favela." If they had to choose this site, he said, they should at least plan the camp as they would a village. They ignored him.  The dehumanizing squalor of Moria was designed to be that way. It was not meant to be a safe haven and  shelter, but a prison camp intended to deter asylum seekers.
It is not "managed migration" but punishment for seeking a better life for oneself and one's family.
Posted by ajohnstone at 1:34 am