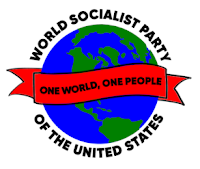 July the 4th lays claim to the freedom and equality that has been celebrated but seldom practiced.  Slaves gained their freedom by entering the British army. This was especially true in Georgia, where over 10,000 slaves flocked to freedom behind British lines, one of the largest mass escapes in the history of American slavery. Eventually more than 65,000 from across the South joined them.

The Founding Fathers saw their new government as a protection against democracy — as a means of safeguarding privilege and elevating the right to property over the rights of the people and were pretty explicit about this, making it abundantly clear that protecting property was a driving force behind their push for a more powerful central government. The War of Independence can be described as a civil war between the various forces within American society. It did not establish a truly democratic government. It did not significantly change the structure of American society; rather, it reinforced the political, economic, and social gaps between classes of Americans.
"[The Framers of the Constitution] had no wish to usher in democracy in the United States. They were not making war upon the principle of aristocracy and they had no more intention than had the Tories of destroying the tradition of upper-class leadership in the colonies. Although they hoped to turn the Tories out of office, they did not propose to open these lush pastures to the common herd. They did believe, however, that the common people, if properly bridled and reined, might be made allies in the work of freeing the colonies from British rule and that they - the gentry - might reap the benefits without interference. They expected, in other words, to achieve a 'safe and sane' revolution of gentlemen, by gentlemen, and for gentlemen." - John C. Miller Origins of the American Revolution.

The Founding Fathers substituted the abstract principles that “all men are created equal” and that power is derived from “the will of the people”. They adopted a definition of “the people” which excluded women, non-landowners and slaves. Those architects of the Declaration of Independence – the land and property owners – were quick to build a system of government based on the division of power that would guard against the “excesses of democracy”. The richer property owners were afraid that, as they were not themselves in the majority, the less well-off would vote to take away their property and arrangements (restricted franchise and/or indirect election) were made to keep power out of the hands of the majority. The president was an elected monarch [see http://www.historytoday.com/frank-prochaska/american-monarchy]

But there was a genuine the revolutionary side of the American War of Independence. The American Revolution comprised not merely a revolt against Great Britain but also a struggle by farmers, artisans, planters and sections of the merchant class against the wealthy ruling classes of the colonies: the large landowners, big merchants and the top layers of the clergy and professional class.

In the 1770s to '80s, something revolutionary was stirring in the colonies. It was a people's movement called democracy. In public meetings and town halls, ordinary citizens were gathering to discuss how to govern themselves. Town meetings, long an institution in New England, were taken out of the hands of the propertied voters by the general city population. Although there were only 1,500 people in Boston entitled by property qualifications to attend town meetings and vote, attendance reached two and three thousand, and in days of crisis six or seven thousand. The propertied voters began to stay away since, as one of them complained, there were "very few gentlemen" present. This gave rise to a culture that was virtually unknown at the time: that of commoners sharing the responsibility of self-government (albeit women, native Americans and slaves were still excluded).

In the Journal of American History, Joyce Appleby wrote:
"Foreign visitors in the 18th century invariably commented on the vitality of public discussions and on the political confidence of ordinary men."

In 1776 a conference in Pennsylvania proposed a new constitution with annual parliaments in which voting wasn’t qualified by property, nor was holding office, and a judiciary appointed by the legislature for seven-year terms, and removable at any time. Some participants, such as Thomas Young, even pushed for a provision in the state constitution limiting how much property any one person could own and proposing a redistribution of wealth. That, however, was narrowly defeated and removed by more conservative influences. James Cannon, Christopher Marshall, Timothy Matlack, an early earnest  opponent of slavery in America), and Thomas Paine, well known for his Rights of Man and the only one well known to us formed a group dedicated to gaining political participation for landless laborers, lower artisans, tenant farmers and others whom upscale revolutionary leaders had barred from representative government. To those radicals, independence looked like a chance to make their ideas into realities.  For the first time, laborers, tenant farmers and others without financial privilege could take full part in government.

Gordon Wood writes: “This democratic society was not the society the revolutionary leaders had wanted or expected. . . The founding fathers were unsettled and fearful not because the American Revolution had failed but because it had succeeded.”

One Continental Army veteran, Joseph Plumb Martin, wrote: “When the country had drained the last drop of service it could screw out of the poor soldiers, they were turned adrift like old worn-out horses, and nothing said about land to pasture them upon.”

Slavery was banned outright upon the founding of Vermont in July 1777, and by a further provision in its Constitution, existing male slaves become free at the age of 21 and females at the age of 18. Not only did Vermont's legislature agree to abolish slavery entirely, it also moved to provide full voting rights for African-American males.

Those who argue that the Founding Fathers were motivated by high-minded ideals ignore the fact that it was they themselves who repeatedly stated their intention to create a government strong enough to protect the "haves" from the "have-nots".

Alexander Hamilton derided the allegedly “pure democracy” of the ancients. At the Constitutional Convention he said, “All communities divide themselves into the few and the many. The first are the rich and well born, the other the mass of the people…The people are turbulent and changing; they seldom judge or determine right. Give therefore to the first class a distinct, permanent share in the government.” Again Hamilton demands elitism, "Nothing but a permanent body can check the imprudence of democracy," Alexander Hamilton is quoted as saying according to the Notes of the Secret Debates of the Federal Convention of 1787 taken by Robert Yates.

James Madison, for instance, who would serve as the young republic’s fourth president, warned his fellow founders of the perils of democracy, saying too much of it would jeopardize the property of the landed aristocracy. “In England,” he observed, “if elections were open to all classes of people, the property of the landed proprietors would be insecure.”  Land would be redistributed to the landless, he cautioned. Without the rich exercising monopoly privileges over the commons, the masses would be less dependent on elites like them.

Edmund Randolph, the country’s first attorney general, said that as he saw it from looking at the example of the states, “Our chief danger arises from the democratic parts of our constitutions.”

American Independence was a social revolution left unfulfilled. In part, because those who railed against the social levelling were determined to stifle it and ultimately found ways to dissipate its strength.

By having two different houses of Congress, a Senate and a House of Representatives, places an obvious obstacle to simple majority rule. There are 435 Representatives and 100 Senators. 51 Senators can block the majority rule. Moreover, Senators are elected for six years instead of the two for which Representatives are elected. The electoral college to elect the president operates intentionally in opposition to majority rule in this same way. In a system of electing the President by mere simple majority, a candidate or party could win by appealing to 51% of the voters. The electoral college serves as a partial safeguard against those who might be able to find and win over a majority.

The elite managed to preserve the old property or freehold qualifications for voting (but ultimately could not prevent radically changing beliefs that the vote should mean something more than ownership of property.)  Statistically, the United States remained a society of disparities in wealth. Income and wealth were as inequitably distributed in the United States in 1800 as in British America in 1776 — this despite the confiscation of 2,200 loyalist estates, the elimination of primogeniture and entail, and the opening up of the West to settlement.

Although the revolution had little effect on this upward social mobility, it held out opportunities for horizontal mobility— especially in a great westward migration.
Adapted from here
http://www.duq.edu/law/pa-constitution/constitutions/1776.cfm

Francis Bellamy was the author of the original version of the US Pledge of Allegiance. Bellamy did not include the phrase "under God" in his pledge as he was staunch believer in the separation of church and state. Bellamy was a Christian socialist preacher who was forced from his Boston pulpit for preaching against the evils of capitalism.

The adoption of the new Constitution came down to money. America divided between the  monied interests which supported the new federal government and popular dissent which objected to the loss of local power and the rising supremacy of the rich. The Anti-Federalists were out-powered by the media apparatus and political influence of the oligarchs, who convinced commercial interests, small landowners, farmers, merchants and artisans to side with them. To better understand what transpired at Liberty Hall in 1787. These wealthy elites empower themselves to regulate commerce to their own advantage. Rule of the plutocrats under the empty rhetoric of democracy is so familiar and comfortable that to have millionaires in Congress and a ruling class of wealthy elites seems as American as apple pie. The Philadelphia Convention, widely heralded today as the birthplace of democracy, was nothing short of a coup.

We believe most honest observers would concur with Frederick Douglass, “...what, to the American slave, is your Fourth of July?...There is not a nation on the earth guilty of practices, more shocking & bloody, than are the people of these United States....” 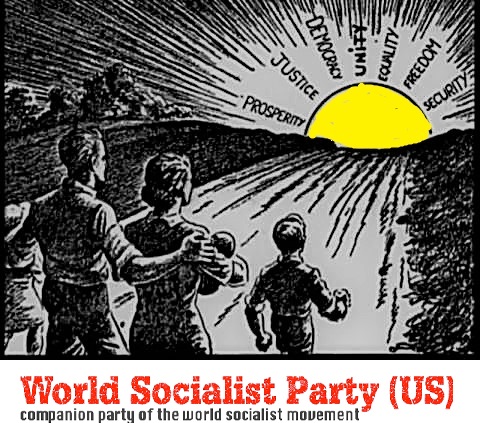