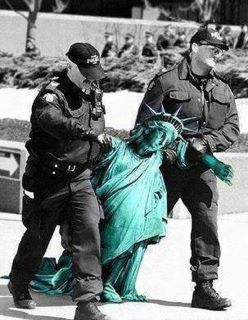 In January 2011, James Tomsheck, then a top internal affairs investigator inside US Customs and Border Protection, attended a meeting of about 100 senior CBP leaders in a hotel in Irvington, Virginia. He  recalls hearing the nation’s then highest-ranking border patrol agent, David Aguilar, laying out his vision for the future. Border patrol, the former CBP deputy commissioner said, was to become the “marine corps of the US federal law enforcement community”.


Another leading CBP figure remarked that border agents were not required to adhere to the same constitutional restraints on the use of force as other law enforcers. “We are not cops,” he said.
Fast forward to Portland, Oregon and the Customs and Border Patrol has become a nationwide para-military force operating outside normal constitutional constraints.  They have no apparent training in crowd control or the policing of protests.
Daniel Martinez, a sociologist at the University of Arizona, in a study of the CBP found that there was “a culture of cruelty towards migrants and border crossers that dehumanizes and demeans border crossers. So to see border agents who have already been desensitized by the mistreatment of immigrants redirected to engaging with protesters in the interior is very concerning.”
Those deployed in Portland were spearheaded by an elite tactical unit known as Bortac, a quasi-militarised outfit equivalent to the Navy Seals. Todd Miller, the author of Empire of Borders, has dubbed Bortac as “the robocops of US border patrol”. They have been deployed in Iraq and Afghanistan, as well as in many Latin American countries. Tod Miller said. “They consciously operate as though they were above the fourth amendment prohibitions on unreasonable search and seizures...”
Jenn Budd spent six years working as a senior border patrol agent.  In her years as an agent she got to know Bortac well. In Budd’s experience, Bortac agents are among “the most violent and racist in all law enforcement”. The quasi-military nature of the unit goes beyond their training, percolating into their state of mind. “They don’t exist within the realm of civilian law enforcement,” Budd said. “They view people they encounter in the military sense as enemy combatants, meaning they have virtually no rights.” She complained  of the racism, “There’s a prevailing view that all migrants are criminals, and that if you stop someone in their vehicle who looks Latino and speaks Spanish, they are probably criminal too.”
In March 2016 the then Republican presidential candidate received a boost to his bid for his party’s nomination when the union representing border patrol agents endorsed him. Since then, the relationship has grown ever tighter. Border patrol has enthusiastically followed Trump’s executive orders, even when they mired the agency deep in controversy such as when its agents removed infants from their mothers’ arms under Trump’s 2018 policy of family separation. The National Border Patrol Council, the agents’ union, is in step with Trump. Of the top 20 posts on its Twitter feed, all but three are retweets of Trump’s personal or campaign messages.  The border patrol union lavishes praise on the president and supports his pitch for re-election.
The union’s president, Brandon Judd, declares that “President Trump is the right candidate for the safety and security of this great nation, not Joe Biden. Please join me in supporting President Trump.”
https://www.theguardian.com/us-news/2020/jul/27/trump-border-patrol-troops-portland-bortac 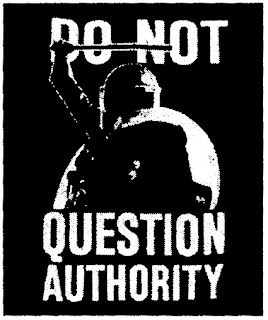