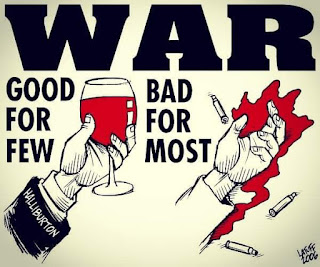 More than 380,000 people have been killed and 13.2 million others - half of Syria's pre-war population - have been displaced inside and outside the country since an uprising against President Bashar al-Assad began in 2011.
Syrian pro-government forces and their jihadist opponents flagrantly violated the laws of war during the battle for Idlib province, UN investigators say.
Civilians endured "unfathomable suffering" when the Syrian military launched a campaign late last year to retake the area, according to a report.
They were subjected to indiscriminate air strikes and ground shelling, as well as arrests, torture and pillaging. Hundreds of civilians were killed. Almost one million were displaced by the fighting and many were forced to live in dire conditions in overcrowded camps or open fields. Now, the investigators warn, "a perfect storm is in the making" as the war-torn country faces both the coronavirus pandemic and an economic crisis.
The Syrian military and the allied Russian air force carried out attacks that "decimated civilian infrastructure, depopulated towns and villages, and claimed the lives of hundreds of Syrian women, men and children", investigators found.
Hospitals, schools, markets and homes in opposition-held areas were destroyed by air strikes and ground shelling, in acts the report says amounted to war crimes - the crimes of launching indiscriminate attacks, and deliberate attacks on protected objects. The bombardment of the towns of Maarat al-Numan, Ariha, Atareb and Darat Izza foreseeably led to the mass displacement of civilians, which the report says may amount to the crimes against humanity of forcible transfer and murder.
The report also accuses militants from the jihadist alliance that dominates the opposition stronghold - Hayat Tahrir al-Sham (HTS), a UN-designated terrorist group - of detaining, torturing, and executing civilians expressing dissenting opinions. HTS also pillaged the homes of displaced civilians and indiscriminately shelled densely populated government-held areas "with no apparent legitimate military objective", spreading terror among civilians living there, the investigators found.
"It is completely abhorrent that, after more than nine years, civilians continue to be indiscriminately attacked, or even targeted, while going about their daily lives," said the commission of inquiry's chairman, Paulo Pinheiro. "What is clear from the military campaign is that pro-government forces and UN-designated terrorists flagrantly violated the laws of war and the rights of Syrian civilians."