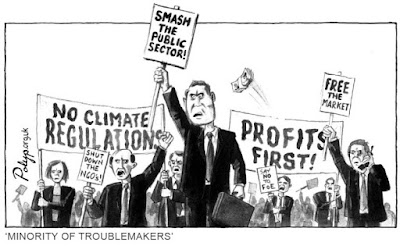 Big business and banks are just as corrupt and eager to shovel profits to senior executives 10 years after the landmark banking reform legislation known as Dodd-Frank as they were during the 2008 crisis, a new report warns, because the bill's regulations on executive pay remain unimplemented.

It has remained unimplemented—nine years after the deadline Congress set—thanks to lobbying from the banking industry, the report found. Section 956 calls for a ban on all "inappropriate" pay structures that could lead to "excessive risk taking."

Meanwhile, money that Congress allocated to bail out bank creditors in 2008 effectively went to bankers, while more than 10 million lost their homes, their jobs and their savings.

"White collar crime pays, and until Congress enacts the rules to change it, we'll continue to see top executives raking in off catastrophes of their own making," report author Bartlett Naylor, financial policy advocate at Public Citizen, said.


The report lists billions in bonus cash paid out to executives over the past decade despite Dodd-Frank's regulatory framework banning such cash-outs.

"It's 2008 all over again," said Naylor. "Congress is bailing out Big Business and enriching CEOs while workers scrape by as the economy lurches downward in a pandemic." 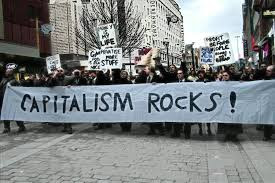